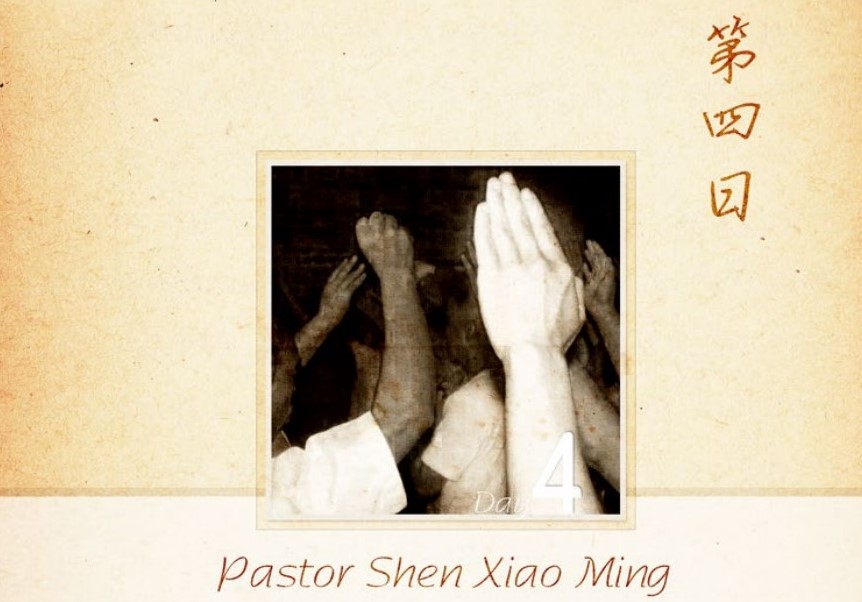 One of the most well-known churches in China’s underground house church is China Gospel Fellowship (CGF). Of the five large underground House church networks, this is likely the most renowned.

As one of the early founders of the CGF network, Pastor Shen Xiaoming’s personal account of growing up under Chairman Mao, witnessing massive revival in Henan Province, and seeing the formation of the China Gospel Fellowship is truly valuable.

Pastor Shen writes: “On December 10, 1957, I was born in a southern village of Henan Province. Those were times when Chinese government reports of agricultural abundance were empty and false. According to the Communist Party, each acre of land could yield many thousands of pounds of crops, even tens of thousands, but in reality the land yielded nothing and the people of China were starving. Tens of thousands of people died in the Mao-made disaster. In the village where I lived, all the tree bark had been consumed. People ate it. It was all that they had to eat. Things were so bad that we even ate goose excrement.”

“Things did not seem to improve much when I became a Christian evangelist. The only thing that changed was the added fear of being arrested. As evangelists, we constantly reminded each other that we must always be ready to go to jail. However, to keep this from happening too early in my ministry, I kept my hair short so that the police would not have anything to grab onto when I ran from them. I would also loosen all the buttons on my shirt before starting a meeting. I did this for the first ten years of ministry. Many of us evangelists would go many days without a shower, and our clothes became our blankets at night. We often slept in open fields or cowsheds, so many of us had gnats on our bodies and when we would get bored we would pick them off of each other.”

“Once, in prison, I didn’t have a Bible. All I could do was to meditate on the verses I had memorized and to silently pray to God for strength to overcome in the midst of my suffering. I soon realized that God had answered my prayer for strength, as I never desired an early release from prison. When such thoughts surfaced, I immediately prayed for God to strengthen me and to give me resolve.”

“At the end of those first years of evangelism we had established more than 200 host networks. Each time we had a meeting we spoke to gatherings of people in the hundreds. Everywhere we went, entire villages would swarm the meeting places. From those meetings, evangelists were sent out to preach the gospel in the surrounding cities and towns. Within two years we saw more than 30,000 people come to the Lord.”

You can read more of Pastor Shen’s story in Kidnapped by a Cult.