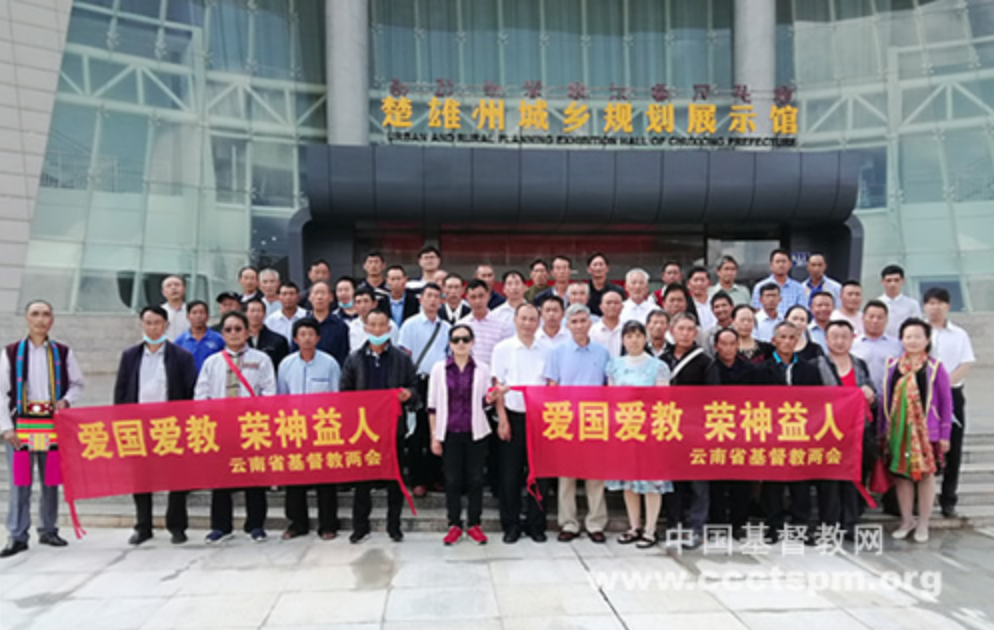 The Chinese government have arranged mandatory training classes for Christian pastors, in order to promote the new policies and regulations that have been passed in the last two years.

In Western China, the Yunnan Christian Council and the Three Self-Patriotic Movement departments conducted the “2020 Indigenization and Contextualization of Christianity in China & the 16th Pastoral Training Class” from August 4 to 7, 2020.

Each pastor had to show their green QR code on their phone prior to being allowed entry. Now, every citizen in China has to show the authorities their personal QR code on their phone if they would like to openly travel. Green means that you have a clean bill of health, yellow indicates that you might have been in contact with someone infected with COVID-19, and red means that you are not allowed to leave your home.

The meeting was a chance to educate 60 pastors and elders living in the poor, rural, minority communities of their responsibility to the new laws and statutes. Yunnan Province has more minority groups than any other province in China. Sometimes, the official pastors can start to feel too independent and share things directly from the Bible that are not officially endorsed by the TSPM, so special training sessions are needed.

The underground house churches that BTJ has supported for several decades are illegal in China, because they cannot agree to some of the regulations imposed by the government. For instance, official pastors are not allowed to preach at other churches; this is not easy for house church pastors that have started fellowships in different parts of the country. They cannot baptize new believers without government approval. The number of Bibles that they can purchase and distribute has to be approved. They are not allowed to host Sunday School for children. The list goes on and on, but they are things that the underground house church pastors simply cannot compromise on, and is why they remain illegal.

BTJ supports 210 evangelists in Western China, including the province of Yunnan. Supporting an evangelist in Western China costs $100 USD per month for a period of two years. If you would like to support a Chinese evangelist, click here.

If you would like to support the BTJ effort in Western China, please consider becoming a GateKeeper. Click here for more information.