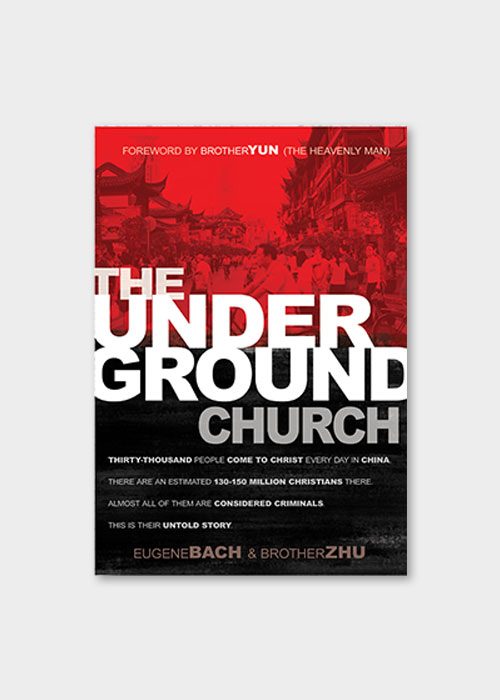 The Underground Church demystifies the Chinese house church movement, with real-life examples and personal testimonies from Chinese Christians. The movement’s unique characteristics – both good and bad – are addressed, as well as how they have led to the church’s astonishing growth.

Back to Jerusalem, together with Whitaker Publishing, is re-releasing “Crimson Cross” under the title “The Underground Church,” taking you on an underground journey to understand the inner workings of the church in China.

The Chinese house church is one of the most misunderstood and controversial subjects in Christian world missions today. Questions about it abound, such as…

Much of the confusion is caused by the Chinese government, which deceives journalist and foreign missionaries with promises of religious freedom that are never kept.

The truth is, the house churches of China are growing at a phenomenal rate. Never in the history of the world have so many people in such a short time left one belief system for another without a hostile revolution. Lives in China are being transformed daily by the gospel of Jesus Christ and the display of His miraculous power.

The Underground Church demystifies the Chinese house church movement, with real-life examples and personal testimonies from Chinese Christians. The movement’s unique characteristics – both good and bad – are addressed, as well as how they have led to the church’s astonishing growth.

Read and be amazed at what God is doing in China!

Be the first to review “The Underground Church” Cancel reply

I Stand With Christ

Back to Jerusalem 30 Day Devotional