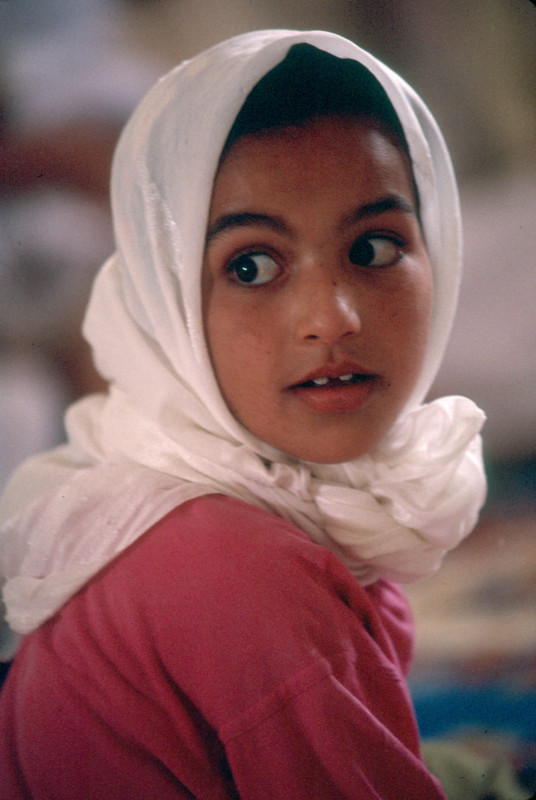 Recently, there was outrage in Turkey among women’s right groups about a statement by the Diyanet, the state religious body, which appeared to approve of child marriage. The statement said that according to Islamic law, the age of the beginning of adolescence for boys was 12 and for girls nine and that those reaching the age of adolescence have the right to get married.

Although the Diyanet claimed to just explain Islamic law and denied supporting child marriage, distrust from more secular elements in Turkish society is wide-spread. This is not surprising, as estimates are that a third of girls in Turkey marry before they are 18.  Less than 20% of these girls are literate, with girls often dropping out of school, sometimes even out of elementary school to get married.

Only in 2016 a bill was proposed to decriminalize rape of underage girls, if the perpetrator married the girl. This led to street protests and the bill was subsequently withdrawn. However, the frequent practice of marrying off young girls to adult men continues to worry many human rights groups.

Although the statement is shocking, it is not really surprising. A lowering of the marriage age for girls, especially when conservative Islamic leaders come to power is not uncommon. For example, when conservative Muslim leader Ayatollah Khomeini took power in Iran, he lowered the age of marriage. Currently this is officially thirteen, but family members may apply to marry off girls as young as nine. And there are many other Islamic countries where child marriage is rampant, such as Yemen or Afghanistan. Even if the ‘official’ minimum age for marriage is often at least 17 or 18, many much younger girls are married off in religious ceremonies.

When reading the statement of the Diyanet, it affected me deeply and I was reminded of my past. I was the oldest in my family, and we were moderate Muslims. My cousin who reads the Hadith regularly and follows Islam very diligently, advised my parents that they should hurry finding a husband for me. He told them that Islam suggests that if a girl reaches puberty she should find a husband as quickly possibly. I had never heard that before and my dreams were shattered. I couldn’t believe what he said was in accordance with Islam and I was in denial.

The pattern that emerges is that conservative Muslims, who diligently follow Islam and study its original sources, want to lower the age of marriage for girls. On the other hand, moderate Muslim activists raise their voices against this practice. So, let us check the Islamic sources and see who is right here.

First of all, the Quran instructs Muslims that Mohammed is their pattern of conduct. Surah 33:21 says:

“Ye have indeed in the Messenger of Allah a beautiful pattern (of conduct) for any one whose hope is in Allah and the Final Day”.

This means that Muslims have to do whatever Messenger of Allah did. He is their example.

Let’s see what the Messenger of Allah did. He married Aisha, who was six or seven years old and consummated the marriage when she was nine. We can read in Sahih-bukhari volume 5, book 58, number 234 (narrated by Aisha herself):

“The Prophet engaged me when I was a girl of six (years). We went to Medina and stayed at the home of Bani-al-Hadith bin Khazraj. Then I got ill, and my hair fell down. Later on, my hair grew (again) and my mother, Um Ruman, came to me while I was playing in a swing with some of my girl friends. She called me, and I went to her, not knowing what she wanted to do to me. She caught me by the hand and made me stand at the door of the house. I was breathless then, and when my breathing became all right, she took some water and rubbed my face and head with it. Then she took me into the house. There in the house I saw some Ansari women who said, “Best wishes and Allah’s Blessing and a good luck.” Then she entrusted me to them and they prepared me (for the marriage). Unexpectedly Allah’s Apostle came to me in the forenoon and my mother handed me over to him, and at that time I was a girl of nine years of age.”

From this we can conclude that for Muslim parents it is permissible to give the hand of their daughter in marriage even when she is not fully grown up.

“Aisha reported that Allah’s Apostle married her when she was seven years old and she was taken to his house as a bride when she was nine, and her dolls were with her. And when he died she was eighteen years old.”

These quotes show the minimum age a girl can be married according to the Islamic sources.

That is why we see why Islamic leaders support a lowering of the age of marriage for girls.  Some of you may argue that a girl can’t be married at nine as that is often a prepubescent age. You may be surprised to find that Surah 65:4, lays down the guidelines for divorce, including guidelines for married women who have not yet menstruated.

We should be aware of the grave consequences of marriage at such an early age. Girls who give birth before fifteen are five times as likely to die in childbirth as those over fifteen. Their bodies are underdeveloped, even if they have started menstruation. They cannot finish school and they and their children will often live in poverty. However, how can we counter child marriage in Islamic countries, if the practice is embedded in Islam itself?

This brings us to the urgency of Gospel message. Only the good news of Jesus can drive away the darkness and counter the lies of the enemy. Unless we reach out to them, and shine our lights they are going to perish. It is time to fight on our knees for these little girls. Where Islam rules, they suffer.

We as believers also have an example or “pattern of conduct” our Lord Jesus! John 13:15 says:

“I have set you an example that you should do as I have done for you.”

I believe that includes laying down our lives for Muslim brothers and sisters.