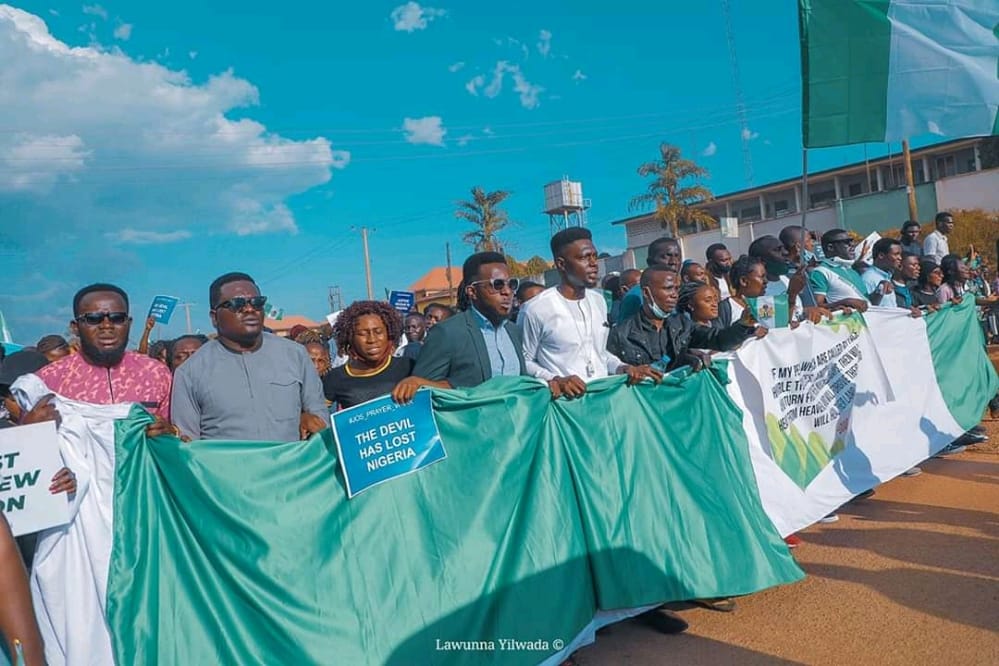 Nigeria has been in the news this past week with nation-wide protests and unrest. For those far away, this may seem like yet a typical African problem. A corrupt government, lots of unemployed young people, and poverty made worse by Covid, it all forms a perfect recipe for some chaos on the streets. But let’s not jump to conclusions quickly here but listen to what our brothers and sisters in Nigeria have to say about this themselves.

The protests were triggered by gross injustices perpetrated by a special police unit, SARS, which was called into existence in the nineties to deal with an epidemic of armed robberies. They were given special powers normal police did not have. Initially these were used to successfully reduce armed robberies. But later, the unit turned against normal citizens and used their discretionary powers to arrest innocent people, and sexually assault, torture and even kill them. They had morphed into something very much like a terrorist organisation, which was not being held accountable by the government.

In our last article, we pointed out that Nigeria has a large and fast-growing population. This means it has a very high proportion of young people. While authority is traditionally held by older generations, it was the younger generation that has made itself heard during these protests. They took to the streets in great numbers, after networking online. The government felt intimidated enough to promise to disband the police unit. The protesters did not think this was sufficient, as it was not the first time promises like this were made. They wanted the perpetrators to be personally held accountable.

Then the government hit back. During a peaceful, nightly protest, streetlights were switched off and government soldiers started to fire live rounds on protesters. No one yet knows how many died as bodies were taken by the army. Amnesty International says at least 12. This indiscriminate killing of people who were sitting on the ground with Nigerian flags, singing, has deeply shocked the young Nigerians.

Although protests had been largely peaceful, there were also instances of looting and violence. Protesters deny they had anything to do with this, but it has muddled the waters. When people protest peacefully for a righteous cause, this confusion is bound to happen. Troublemakers who want to (or are paid to) discredit the protests, will use violence or vandalize properties. Or even if this doesn’t actually happen, reports will be circulated to suggest it does. This will turn popular opinion against the protests and will give the government a reason to crack down. In the chaos of it all, it is extremely difficult to know what is true and what isn’t. When in doubt, people are inclined to believe authorities.

There are also those who are not politically involved but are bored and enjoy a good opportunity to act out. And there are people with other legitimate grievances who will use the protests to express their discontent. This happened in Nigeria when it was found during the protests that the government had storage rooms full of food that was meant to feed the people during Corona lockdown measures, but which was never distributed. Many people who had suffered hunger were enraged by this and looted the storages and destroyed the properties of government leaders.

Where does this leave the Christians? Across the country, there have been prayer marches for peace and justice. The one on the embedded video above was in Jos, but there have been several. In addition, there have been interfaith initiatives. That the younger generation of Muslims and Christians can work together for the good of their country, which is so plagued by violence against Christians, is a hopeful sign.

Many Catholic and Anglican bishops have already put their weight behind calls for police reform, but it would be good if more churches spoke out and showed leadership in this matter. They could play an important role, both in calling for justice and in modelling peaceful protests and calming those who are making trouble. On the other hand, we do hear of individual Christian brothers and sisters who do just that.

Last time we wrote that Nigeria will be a very important country for the future of Christianity and that it is no wonder a fierce battle takes place for the soul of this country. These protests could be very formative for the faith of a generation. For the churches, this could be an opportunity like never before to be a prophetic presence and a channel for God’s justice, hope, peace and forgiveness to flow through. Let us pray God will fill our brothers and sisters with courage and wisdom, so they know when and how to best to love God and work for the good of their neighbours, especially those who suffer injustice.