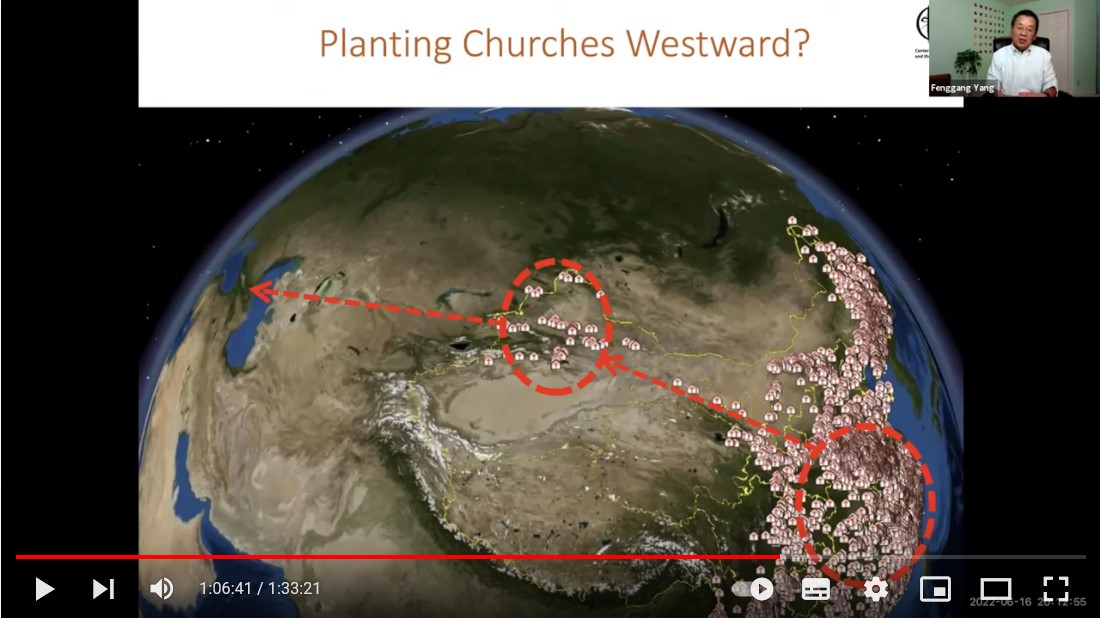 Would you like to learn just a bit more in depth stuff about the church in China? Does ‘China’ sound a bit generic to you and would you like to learn about where exactly churches in China are concentrated and why? Then you might want to take an hour or so to watch this lecture from Dr. Fenggang Yang, professor of sociology at Purdue University.

A Catholic himself, he spent many years researching the development of religion, and especially Christianity in China from a sociological viewpoint. So, what’s cool in this video? On clear maps Professor Yang shows how Christianity has developed and explains how you can still see in the geographical spread of the churches the missional influence of Catholic pioneers such as Matteo Ricci, as well as the influence of the China Inland Mission and other missionaries.

Interesting for the BTJ crowd is how, even from the government data of registered churches, you can see a trail of churches stretching from the East all the way into Xinjiang in the West. These are the geographical footprints of the early Back to Jerusalem movement. Like today’s BTJ missionaries, they had set their faces towards Jerusalem, but were stopped by the communists when they came into power in the late forties.

You can also see clearly how China has vast areas that are spiritually barren, where the dominant religions are Islam and Buddhism and few recognised churches exist. All of Tibet has one recognised Catholic church and no recognised Protestant church. We know that this is only part of the story and house churches are being planted as we speak by Chinese believers with the BTJ vision. Still, the overwhelming majority of Christians are concentrated in the East of China.

Professor Yang has an interesting theory about why Protestant Christians, who used to be outnumbered by Catholics in China in the pre-communist era, are now vastly outnumbering Catholics. He mentions “the strengths of weak organisations.” The Catholic church was a strong organisation. When it was forced underground, it lost the structure of authority on which it depended. The Protestant churches on the other hand, were weak organisations. They did not depend on a centralized structure. Any believer could plant a church, preach, and baptise others. In this way they could multiply in secret. Also, strong organisations are easy to target. You can destroy their buildings, freeze their assets and arrest their leaders, but a church that does not depend on buildings, bank accounts or a hand-full of leaders, is very hard to control.

Perhaps we could reflect on our churches in the West. How easy are we to target? How much do we depend on our leaders, our buildings and our assets? Are our men and women equipped to preach the word, start and lead churches, and protect the believers, should persecution come?

Two more things you may find interesting. You can create wonderful maps of religions in China (by region, province, religion, and so on) at https://www.globaleast.org/osage/China/index.html – a free resource for researchers and map geeks. See for example this wonderful heatmap of Protestantism in China: 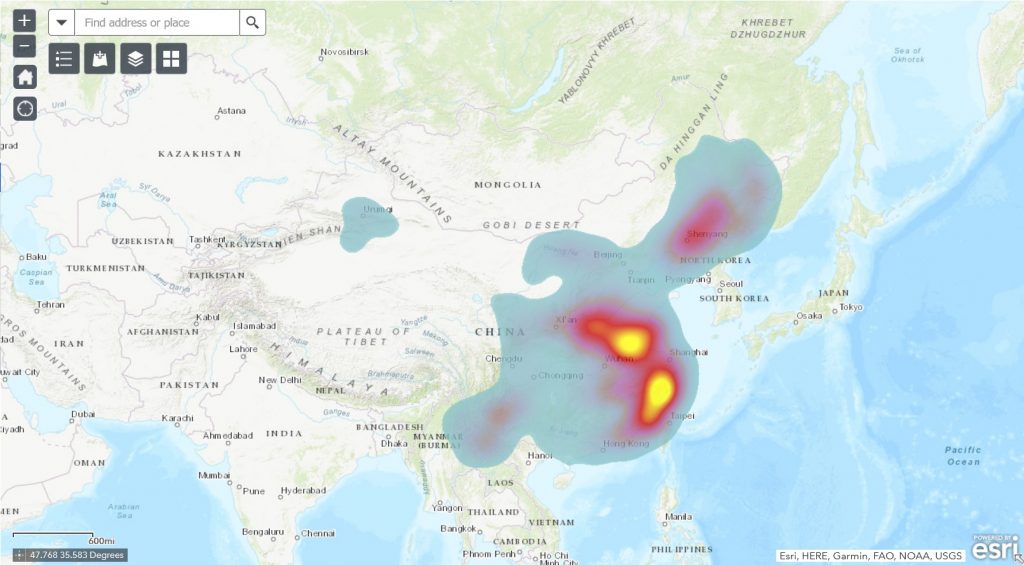 Secondly, professor Yang has made his book, “Atlas of religion in China: Social and Geographical contexts” (an extensive volume which is quite pricy to buy in print) available for free in PDF. You can download it at https://brill.com/view/title/36038