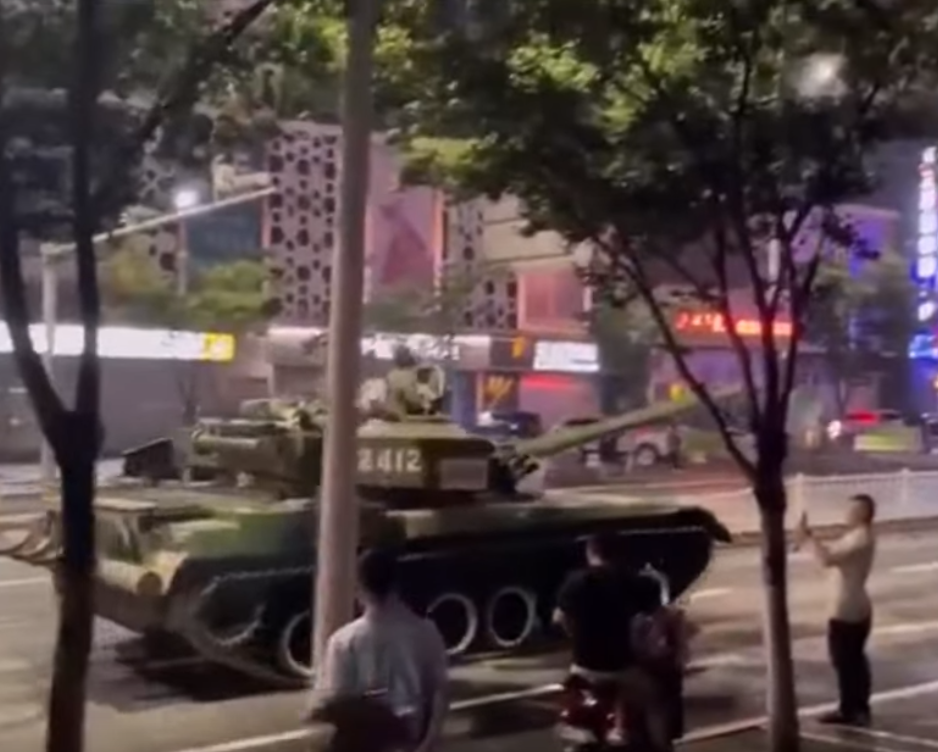 A video showing tanks rolling down the streets to protect banks from protestors in China’s Shandong Province has sent shock waves through the financial industry.  The Chinese military have been pre-emptively sent in to stop protests after announcing that bank deposits are “investments” for China, therefore the funds can’t be withdrawn.

The announcement has caused fear, shock, and panic as bank customers rush to withdraw their life savings.

Major cracks are starting to show in China’s financial system and it is directly linked to the same policies that is causing Christian persecution. We share how in our latest podcast about the coming economic collapse of China found HERE.

This year, while the mainstream media has been writing glowing report after glowing report about China’s increasing GDP, BTJ was sharing about church members experiencing increased persecution during some of the most draconian mass lockdowns the world has ever seen.

Church history continues to teach us the direct link between Christian persecution and the economic collapse of empires. Recent research published by Georgetown University shows undeniable links found between religious freedom and economic development. “Recent empirical research suggests a positive correlation between levels of religious freedom across countries and measures of economic, social, and political development. It appears that citizens’ capacity to act on the basis of core beliefs has positive effects on civic and political life, including economic development and the onset and consolidation of democracy.”

For the last three decades, China’s economy has been on an upward trajectory. At the same time, religious freedoms for Christians have been increasing since the 1980s. Today, China’s underground church is suffering from persecution not seen in decades. Is that increase in persecution directly linked to a coming collapse in the economy? We share details in the latest podcast.

You can listen by clicking here as we join Rabbi Myles Weiss in his TO LIFE PODCAST: THE HOPE BEHIND THE HEADLINES