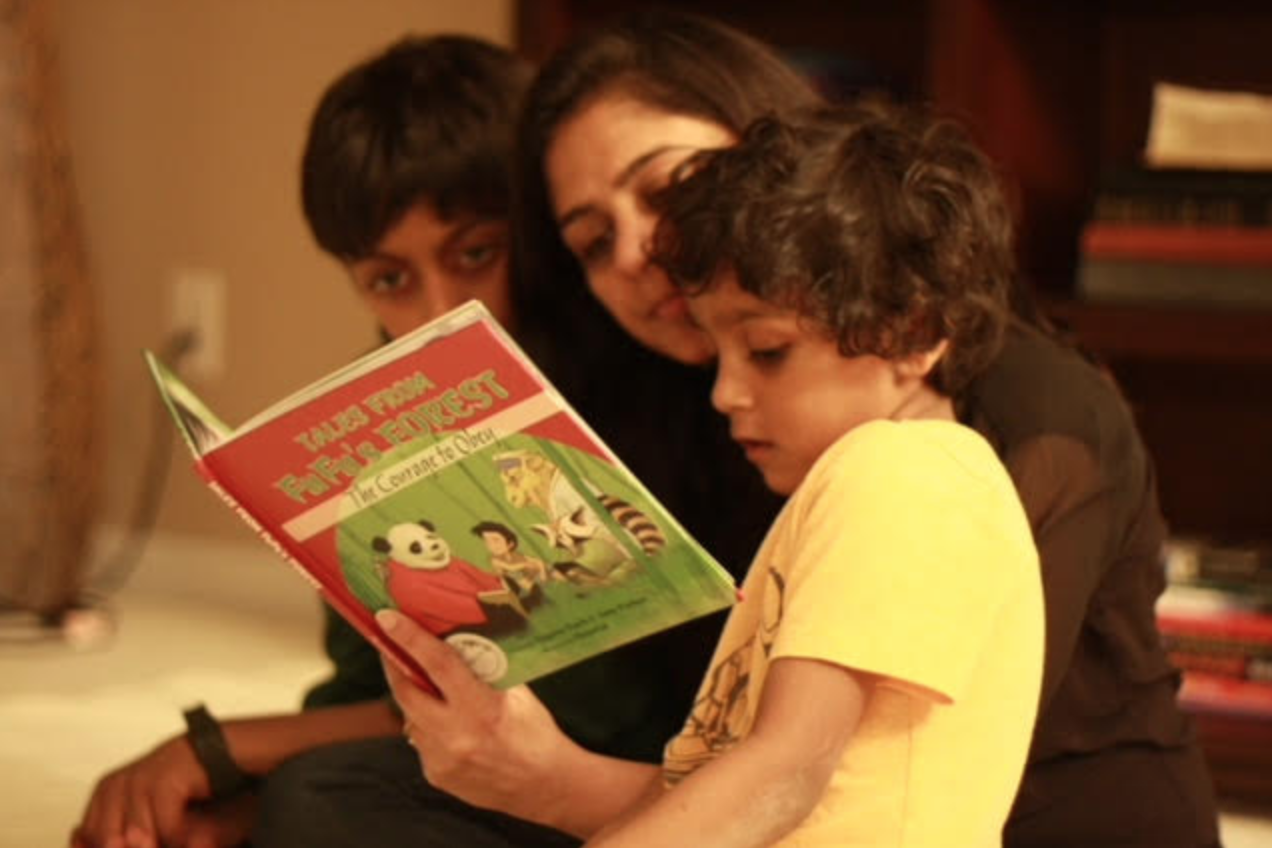 Fufu is a panda bear who lives in a cave in a bamboo forest, where amazing missionary stories are told over a delicious cup of tea.

Those stories are written in our children’s books, Tales from Fufu’s forest. If you haven’t read them yet, you should check out the truth tales.

As you step through the swaying arch into the bamboo forest, you enter the warm, welcoming home of a rotund panda and a few quirky friends. There in FuFu’s Forest, you will always find a bottomless cup of tea and true tales brought back from missionaries in the field.

The Fufu books present powerful stories of real-life missionaries and teach kids biblical values. Come learn more about the great things that happen over a cup of tea in the bamboo forest.  BTJ books “bring hope and nourishment to the church, but also present the Gospel to those who haven’t heard it.”

Tales from Fu Fu’s Forest: The Miracle of Spring

When a baby bird falls from its nest in the bamboo forest, Shan and his friends gather around, hoping for a miracle.  Yang, seeing Miss Fay’s sadness, reminds her of a real-life miracle that she had witnessed in Saudi Arabia not too long ago.  That is when Miss Fay proceeds to tell them all about a true miracle of spring, a girl who saw Jesus in the bottom of a well, and was raised up again to a new life in Him.

Tales from Fu Fu’s Forest: The Miracle of Spring

The Healing Hand of God, When Shan’s father becomes very sick, Shan keeps watch by his bedside all through the night. Feeling worried and helpless, Shan finally steps away to get some fresh air and wanders into the lush bamboo forest. That’s where he bumps into Old Red and hears the miraculous true story of a Chinese missionary touched by a power much greater than him, a power that sets him free.

Tales from Fu Fu’s Forest: Safe in the Storm

Safe in the Storm – When a storm rumbles through the mountains around him, Shan sits home alone, frozen in fear. Suddenly realizing that he is not alone, he jumps into his rain boots and darts out into the bamboo forest. There with his friends, he is warmed by a cup of tea and encouraged by the story of Marie Monsen, a bold missionary who knew that God would keep her safe, even in the fiercest storm.

Tales from Fu Fu’s Forest: Safe in the Storm

After Shan is snowed in for days on end, he escapes to the bamboo forest and warms by the fire with his friends. That’s where he hears the story of a real prisoner, Brother Yun, who was punished for telling others about Jesus. But through a Christmas miracle, Brother Yun was able to lead others to find the greatest freedom of all, there within those prison walls.

When Shan falls into a pit in the bamboo forest, FuFu and friends quickly come to his rescue. That’s when Yang tells the true story of Tenzin, a monk who became a Christian and was punished for his new beliefs. But when Tenzin is called to love his enemies, he brings healing not only to those who hurt him, but to his entire home village. Through his caring friends and the true story of Tenzin, Shan sees for himself the amazing power of God’s love.

You can also get the full bundle of children’s books here: