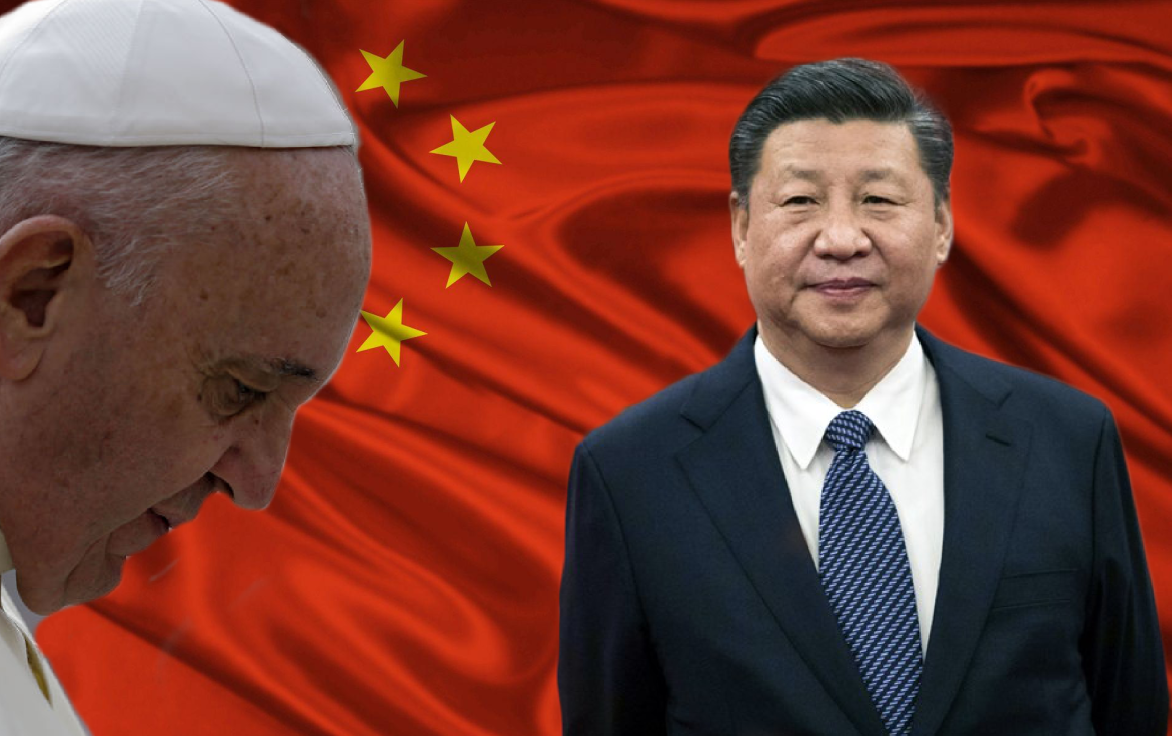 Ignoring the pleas and the suffering cries of the underground house church, the Vatican renewed a secret deal on Saturday which allows China to select bishops in China.

Details of the deal have never been made public, but the results have not been good.

The Vatican defended their renewed 2018 compromise with China against criticism that the Pope sold out the underground church, saying the secret deal was necessary to prevent even worse persecution.

Though the details of the secret agreement have not been made public, we know that China insists that it must be involved in the selection of all religious leadership China, including Catholic Bishops, because the state – not the church – is the final authority. The Pope has agreed to these Chinese guidelines with the hopes of curbing persecution, but the catholic church has not suffered less persecution since the 2018 compromise. They have suffered more.

The agreement that the Pope made with China started a firestorm of persecution. Since 2018, the Catholic church has been attacked, assaulted, and persecuted almost every month since the first agreement.

According to the Catholic News Agency, Jiangxi and Fujian Provinces in eastern China have been particularly bad. Catholic priests have been rounded up and those who refused to sign agreements agreeing to the Bishops appointed by China have been kicked out of their homes, their churches closed down, and they have been forced to go into hiding.

In July and August the following year of the first agreement, at least five Catholic churches in the Yujiang diocese were forcibly shut down and the members were chased down. In mid-August, the government of Yingtan went after an underground Catholic priest and told the members of his church that all their basic government subsidies would be stopped if they didn’t cut ties with the illegal church.

In Henan Province, China went to work destroying huge iron crosses that stood out on the two bell towers of the diocese of Anyang.

In April 2020, China destroyed the hall of the Virgin Mary and took over the Catholic house of prayer in Yunnan Province. All religious symbols were torn down and any Catholic that resisted was threatened to with a beating.

Catholic schools in Yunnan, built with donations, were taken over by the government.

In July, police stormed the homes of several Catholics in Jianshui county tearing down images of the Virgin Mary, Jesus, and crosses, threatening to arrest those who resisted.

Only a few days later, the Public Security Bureau (PSB) in Jiangsu, sent in a demolition team to destroy another Catholic house of prayer. The local Catholics recalled the demolition day saying elderly churchgoers knelt down outside and begged in tears to save it. They cried out, “We do nothing but sing hymns in it.”

Pope Francis’ radical abandonment of at least six million persecuted believers in China to accommodate the Communist regime has been alarming.

The increase of Christian persecution in China is making many Christians wonder which side the Vatican is on.