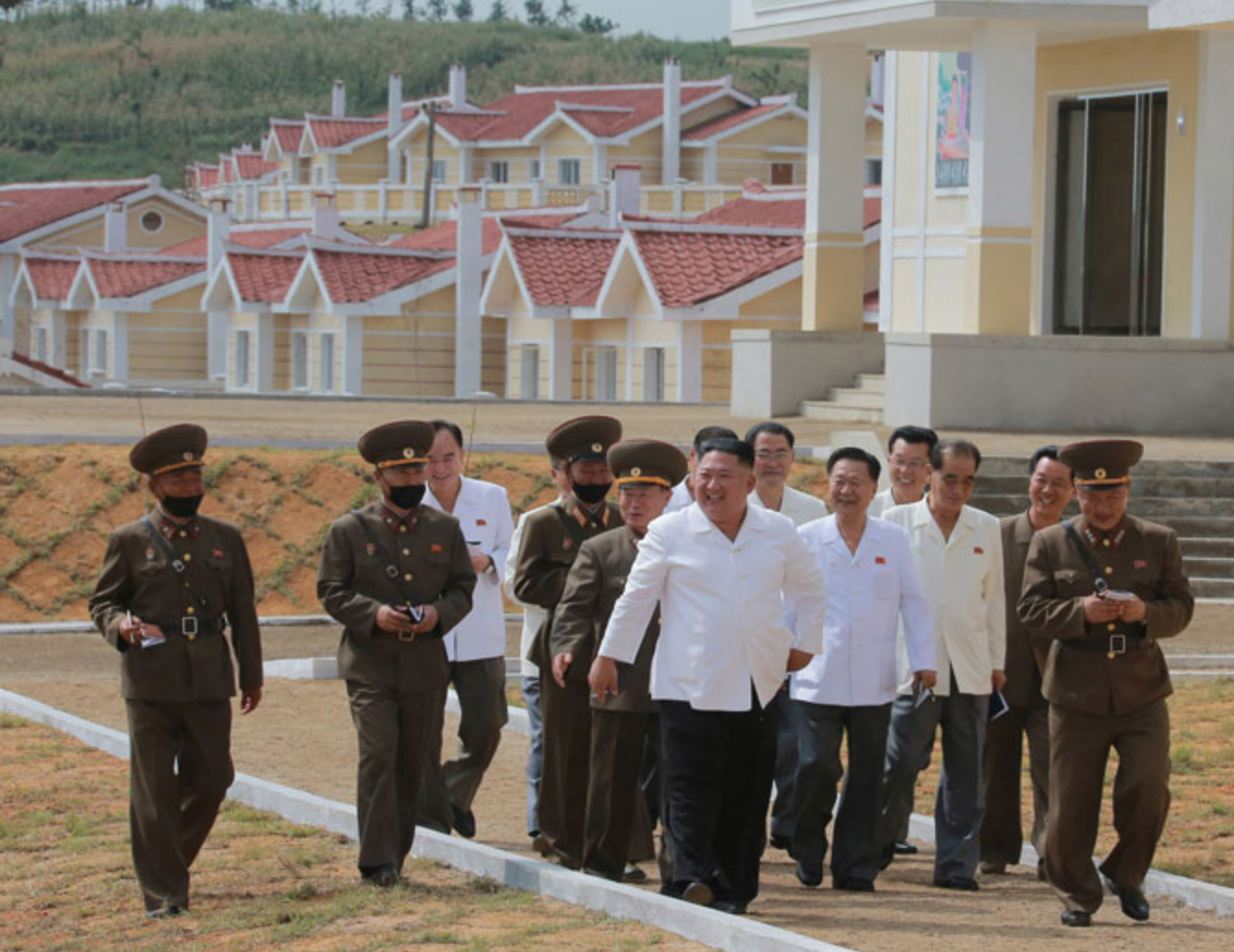 A massive ceremony was held in Kumchon County, North Korea, last week where families hit by heavy winds and rain were given new homes.

The new housing community is being praised as a socialists fairy tale village where everyone is given a new home. It is a tract of new yellow homes that are made of concrete and are said to withstand future wind and rain storms. Most of the homes (as pictured below) in the old village were made of clay and cheap concrete and did not stand up well to the weather. 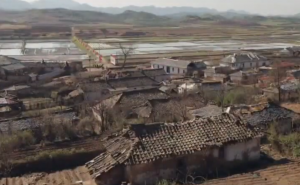 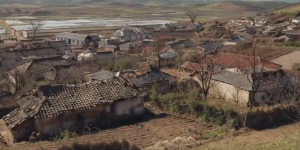 Supreme Leader, Kim Jong Un, arrived at the ceremony and was given an official tour of the new village. Commanders and aids wrote down every word he said as he gave advice on how to make improvements. 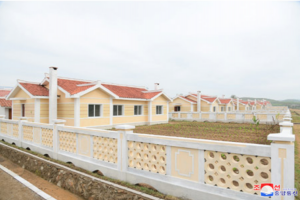 Kim Jong Un praised the village as a sign of the triumph of socialism and encouraged the people to support the “Mother Party” which they could trust “forever.” 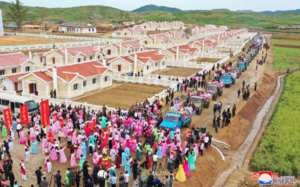 Except for a few model homes, the houses are mainly shells that have not been finished on the inside. They make for a great photo opportunity and even in their current, unfinished state, will be greatly appreciated by those who get to live there. 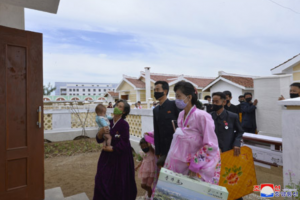 Kim Jong Un has not been seen in public very often since the coronavirus broke out in China in January of this year. There have several reports about his health. It is clear, even during this visit, that his health might be an issue. At one point in a video posted online, the Leader props his foot onto a Korean stove-top to open cover (at minute 5:32), then the video is sliced, the foot is not on the counter, and the leader can be seen using his hands to help aid himself to stand up straight. 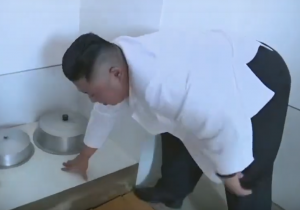 The simple task of bending over looks to have exhausted him and his face is red (at 5:38), and he looked winded, but again the video is cut to show him smiling.  The video can be seen here.

One of the main initiatives that BTJ has been working on in North Korea is the production and distribution of the pill-sized hologram Bible. The development of the BTJ hologram Bible would not have been possible without the support of GateKeepers.

To learn more about becoming a BTJ Gatekeeper, click here.