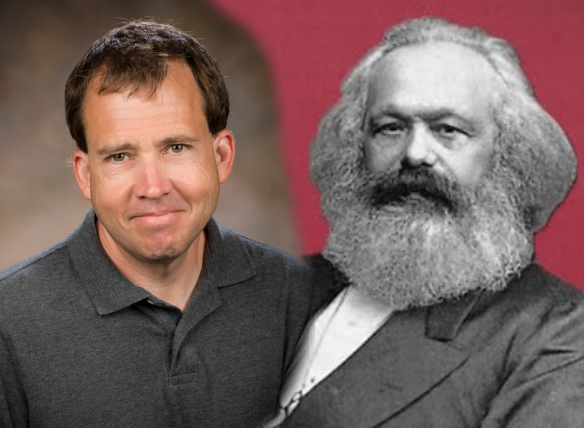 An economics professor at Wright State University in Dayton, Ohio, joins the BTJ podcast this week and shares why his university has stopped him from teaching a class which is critical of Marxist economic theory.

Evan Osborne, who has a Ph.D in economics from UCLA and a background studying in China, has been stopped from teaching a course which critically evaluates the impact of Marxist theory. He joins our podcast to share the inside story of what is really happening on college campuses.

“Clearly, this is censorship, because it goes against the radical beliefs of the radical wing of our department,” Dr. Osborne said on the BTJ Podcast regarding the censoring of his proposed course.

It has become increasingly clear that universities are pushing Marxism onto their student bodies. However, when arguably the most disastrous and deadly economic theory in the history of man cannot be studied for the death and destruction that it has brought to hundreds of millions of people on practically every continent, it only adds to the tragedy.

BTJ is familiar with the economic impacts of Marxism as well as the spiritual, social, and emotional tolls of a system that enforces atheism. That is why this podcast is so important for Christians to listen to.