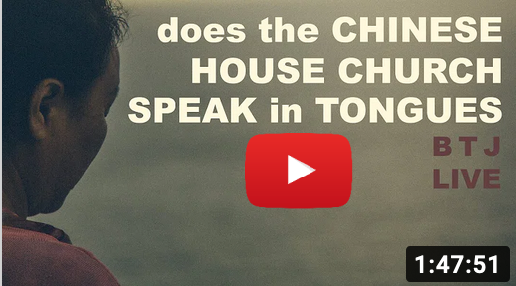 This is not an easy question to answer, because the Chinese church is not a monolithic entity. China is the most populated country on earth and is extremely diverse. The western minority people of western China are as different in language, history, and culture from those living in southeast China, as Russians are from Moroccans. Just as the Mongolians living in northern China are completely different from the Tibetans living in southern Sichuan Province, so too is the difference between Christians living in Shanghai from those living in Qinghai.

Christianity in China is made up of a complicated tapestry that cannot be lumped into one single ‘either-or’ category. However, in our latest podcast, I attempt to shed some light on the situation to arrive at something resembling an answer to this question. I am in no way the final voice on this matter and do not speak on behalf of the church in China, but I can perhaps speak as an outside observer. I have served the underground house church in China for more than 20 years, helped to write the biographies of the most well known underground house church pastors, and spent years working with tens of thousands of Chinese evangelists and missionaries.

This podcast is an attempt to informally answer the question of whether the Chinese underground house church members speak in tongues or not.

In addition to this, BTJ will be hosting a mission work shop where Brother Yun will be speaking to live gatherings of believers around the world. During this time, there will be a question and answer time. You are free to ask Brother Yun about the underground house church’s stance on subjects such as the charismatic expression of the Holy Spirit and how that impacts the vision of Back to Jerusalem. 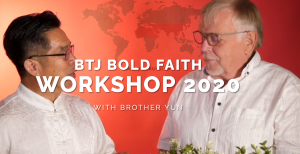