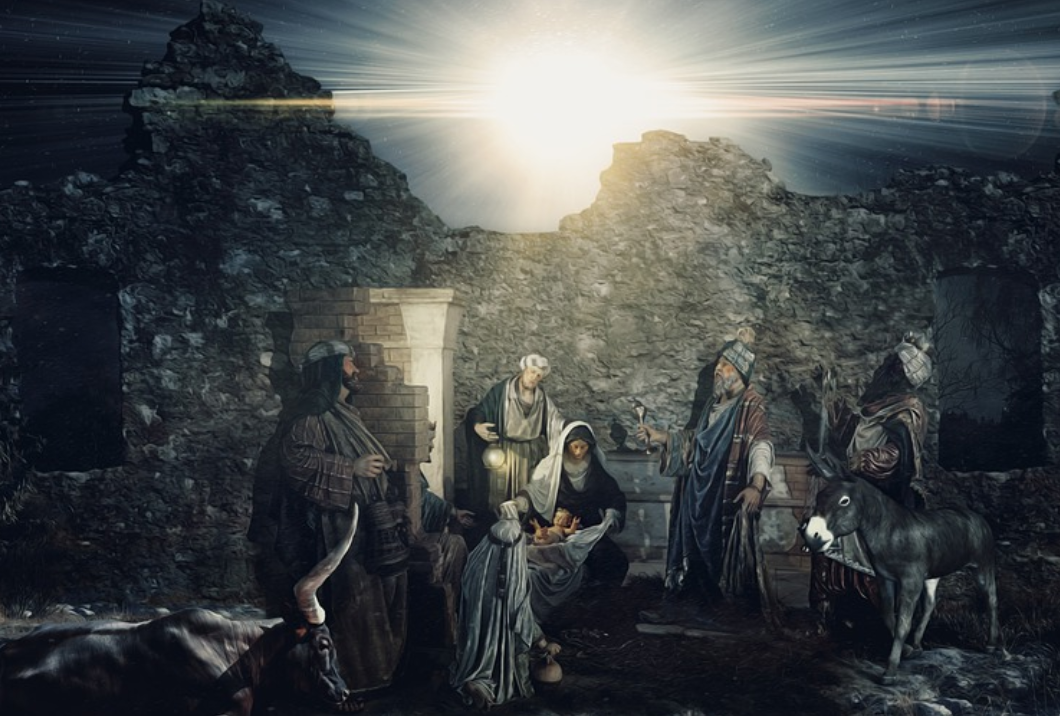 “Now after Jesus was born in Bethlehem of Judea, in the days of King Herod, magi from the east came to Jerusalem, saying, “Where is the One who has been born King of the Jews? For we saw His star in the east and have come to worship Him.” This is the beginning of the Christmas story according to Matthew chapter two and tells the story of a star, a special fourteen-point star… that eventually led to a war in Crimea.

The star of Bethlehem that led the wise men from far away nations has captured the imagination of Christians around the world. A special 14-point star was made to commemorate the story in Matthew and was laid at the very location where Jesus was born. When it was stolen, it led to extreme power struggles that are still playing out on the world stage today.

Here is a story you might not know about the birth of Jesus, the star of Bethlehem, and war in Ukraine.

Around the same time as Jesus’ birth, there was a bright star in the sky that led wisemen to the small Judaic town of Bethlehem. Chinese astrologers confirmed this phenomenon and recorded a bright star from the remains of a large nova, now known as X1 Cygnus. According to the Chinese, the star burned bright in the sky and lasted for a period of about two months.

But, how can a simple story of a star from the Bible cause a war?

It all starts with Early Christians desperately trying to find the exact birth place of Jesus. The father of the Roman Emperor, Constantine, traveled to Bethlehem to see where Jesus was born and when he found the location, he ordered the construction of the Church of the Nativity.

Deep in the grotto of the Church of the Nativity is the oldest continuous place of worship in Christian history and inside was a special ornate 14-point star build on the exact location where Jesus was said to have been born. The 14 points of the star is in direct relation to Matthew chapter one, counting the generations from Abraham to David (14), from David to the Babylonian exile (14) and the Babylonian exile to Jesus (14).

Engraved on the silver 14-point star of Bethlehem were the Latin words “Hic de Virgine Maria Jesus Christus natus est” or “Here Jesus Christ was born to the Virgin Mary.” The Greek Orthodox Church who shared custody with the Roman Catholic Church are said to have not liked the fact that such a special place had writings in Latin. It felt scandalous to them that the writings were not in Greek and they made it known. Fights often broke out between the Catholics and the Orthodox church, so one day when the irreplaceable 14-point star went missing the Roman Catholics pointed their fingers at the Greeks.

The war between the two nations over the star took place in Crimea, where France joined Britain and the Ottoman Empire on the battlefield against Russia. Crimea had been a part of Russia until it was annexed in 1783. In 1921, Russia regained control until it was transferred from Russia to Ukraine by decree of the Soviet Union to commemorate the 300th anniversary of Ukraine’s union with Russia and in 2014, Russia supported the annexation of Crimea from Ukraine.

Today, visitors from around the world are filling the streets of Bethlehem. All of the hotels are fully booked with tourists who have traveled far and wide to see the 1,500 year old church which stands on the site where many believe that Jesus was born. The visitors haven’t come to see the place where the 14-point star once stood, but instead have come to see the location where the Savior for all mankind was born.