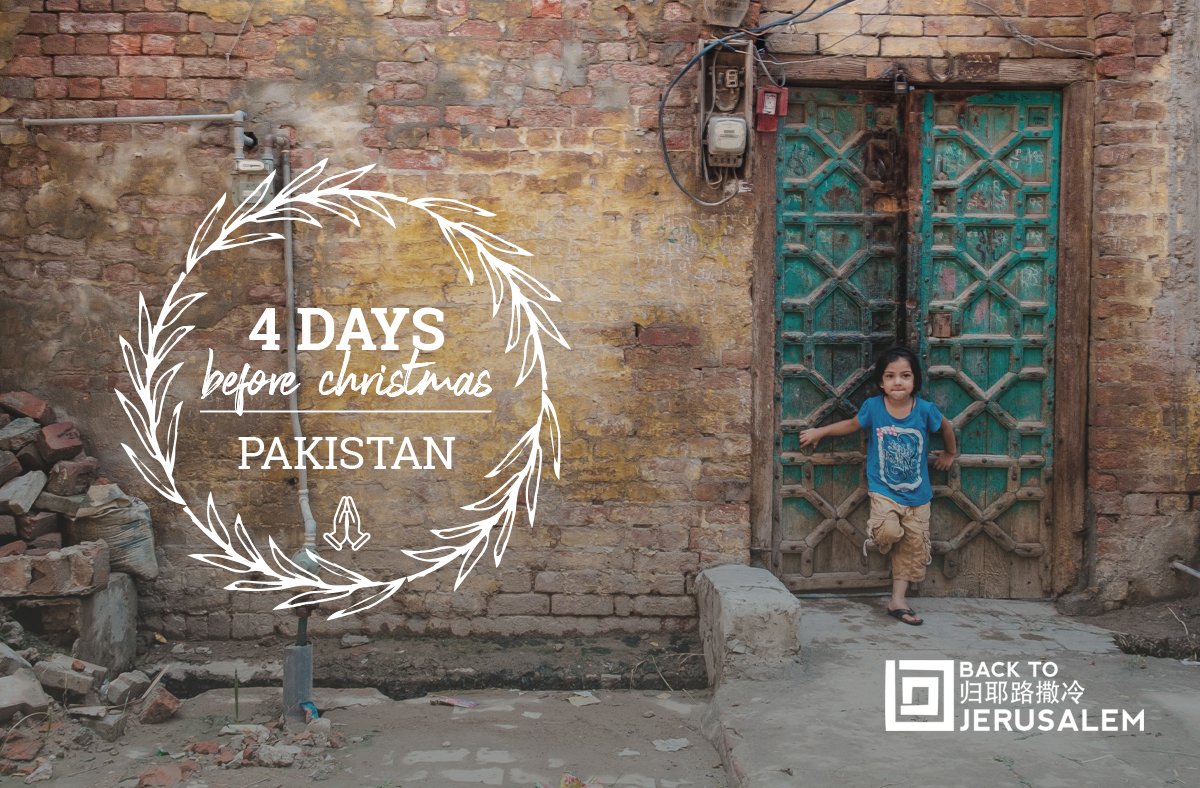 ON THE NINTH DAY OF CHRISTMAS my Savior gave to me, an unstoppable desire to pray for Pakistan.

In 2017, the Chinese underground house church was praying for their neighboring country of Pakistan. So many people in Pakistan have never heard the Gospel, with more than 400 unreached people groups living in Pakistan. Christians in Pakistan also suffer persecution on a daily basis. Every year, young underage Christian girls are kidnapped by older men and forced into a Muslim marriage.

Two young missionaries from China, Li Xinheng and Lu Ling Lina, heard about this need and felt that God had placed a calling on their lives to preach the Gospel in Pakistan. They traveled to Pakistan and volunteered to help run a private school in one of the poorest areas of Pakistan; an area heavily influenced by the Taliban group known as Quetta. The two missionaries were studying Urdu and teaching Chinese to locals. They had built relationships with those they lived among, and were loved by everyone.

The two missionaries were target by jihadists posing as police officers, dragged into a vehicle, and killed. Though their lives were lost, their impact still remains. As teachers, they had been extremely effective – especially since they focussed on reaching out to women who did not feel comfortable attending regular school.

Li Xinheng and Lu Ling Lina brought the love of Christ with them as they sought to combat educational poverty. They gave their lives to the people in the same way as their Leader, as He promised in John 15:18-20.

The life of Xinheng and Lu Ling Lina has not been forgotten and during this time of the year we share their heart for the people of Pakistan. We pray for the believers in Pakistan, for their families, and their children.

Listen to the audio podcast for Day 9