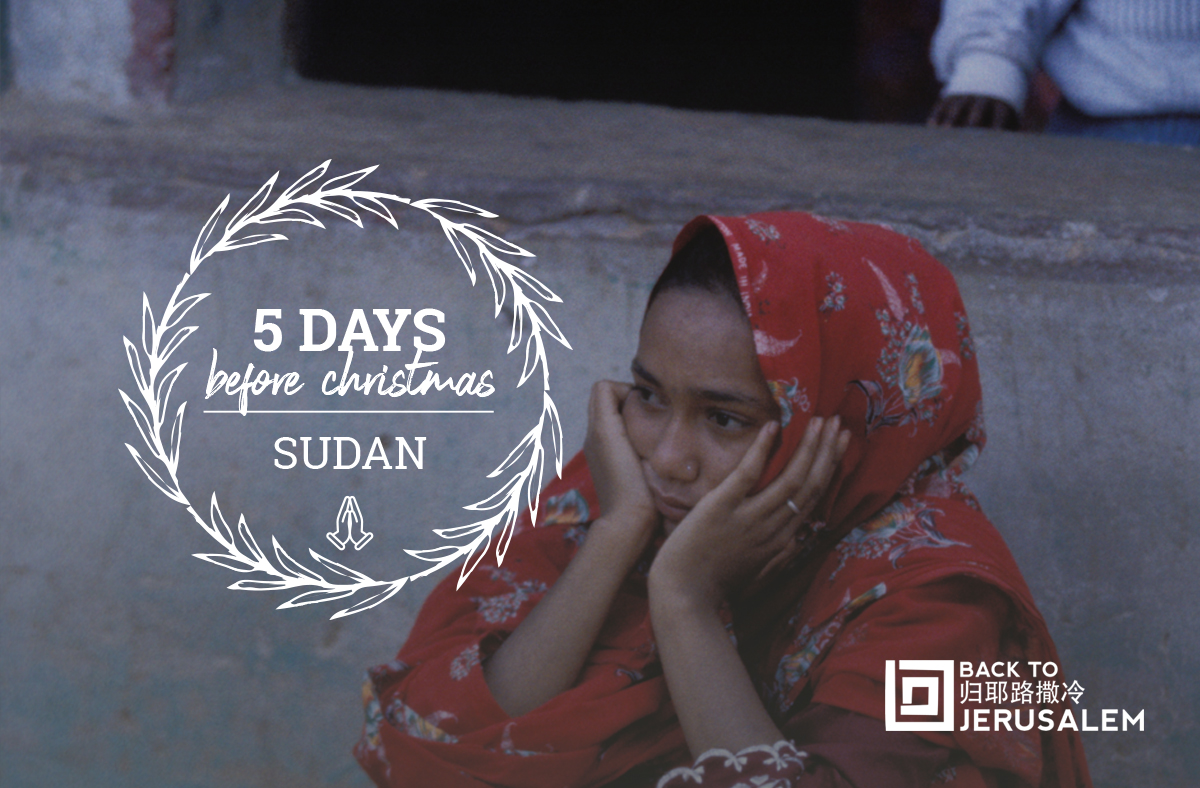 ON THE EIGHTH DAY OF CHRISTMAS my Savior gave to me, a heart for the people of Sudan.

“It is dangerous here. Everyone has been evacuated. We are the last ones remaining. If we do not leave now, we might die here.” That was the message coming over the phone to the BTJ team in Shanghai, China, from South Sudan a few years ago. The Chinese missionary team had been working in Sudan for several years and the civil war in South Sudan was only increasing.

North Sudan has not been any better. In 2014, young pregnant Miriam Ibrahim was arrested for being a Christian. Even though her mother was a Christian, her father was a Muslim and it is illegal to be a Christian in Sudan if your father is a Muslim. Miriam was sentenced to 100 lashes and death by hanging when she refused to convert to Islam. Miriam’s young son, only 20 months old, was chained to her and forced to live in prison with his mother. Upon her death, the child was never to have contact with the Christian father. Miriam was forced to give birth in prison before foreign governments were finally able to negotiate her release.

After 30 years of strict Islamic rule, the nation of Sudan is taking concrete steps to change their laws to help protect the rights of Christians. This is a massive change and would be a miraculous answer to prayer.

This Christmas season, Christians need to pray for Sudan like never before. This might be the year of breakthrough for Sudan. We pray that 2021 will be a year of freedom for Christians, as has never been seen before in the history of the nation.

Listen to the audio podcast for Day 8