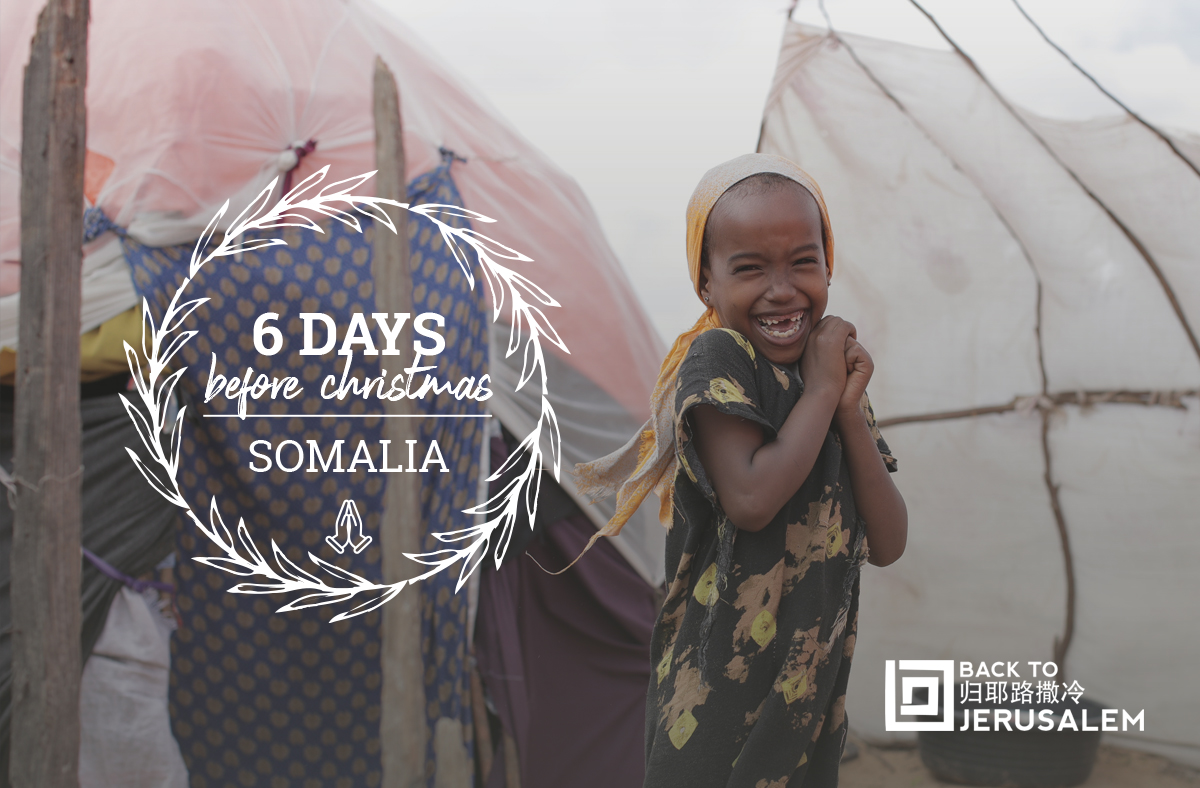 ON THE SEVENTH DAY OF CHRISTMAS my Savior gave to me, a lamentation for the people of Somalia.

Somalia is in a spiritual winter solstice. It is the darkest it has ever been. The nation’s soul is as pitch black as the darkest night. It is a nation with no churches and no known active ministries in legal operation. The government is powerless against the Islamic warlords who rule over the nation. It is considered to be the most failed state in the world and most nations would rather forget that Somalia even exists.

But it does exist. Children are starving, people are suffering, and the nation is constantly fighting against famine. According to the most recent data, Somalia is one of the world’s poorest nations with 3/4’s of Somalians living in extreme poverty. With lack of access to clean water, diseases run rampant with the average life expectancy for men only 50 and 53 for women.

Christian mission groups have tried over and over again to take aid into Somalia, but it is not easy. Any Christian missionary who attempts to work in Somalia risks being killed or kidnapped. If Muslims are caught converting to Christianity, the warlords will call for their heads. If Christians are caught meeting or sharing the Gospel with their neighbor, they risk immediate death and torture.

Back to Jerusalem has been focusing on taking the Gospel into the nation of Somalia and though we cannot go into details about the nature of the work that we are currently doing, we can say that we have a unique opportunity.

During this Christmas season, we ask that you pray for the nation of Somalia. Let the Lord know that this precious nation of people has not been forgotten. Pray also for the BTJ efforts in the country and that the name of the Lord be announced in every corner of the nation.

Let the name of the LORD be praised, both now and forevermore.

From the rising of the sun to the place where it sets, the name of the LORD is to be praised.

The LORD is exalted over all the nations, his glory above the heavens.

Who is like the LORD our God, the One who sits enthroned on high,

who stoops down to look on the heavens and the earth?

He raises the poor from the dust and lifts the needy from the ash heap;

he seats them with princes, with the princes of their people.

Listen to the audio podcast for Day 7