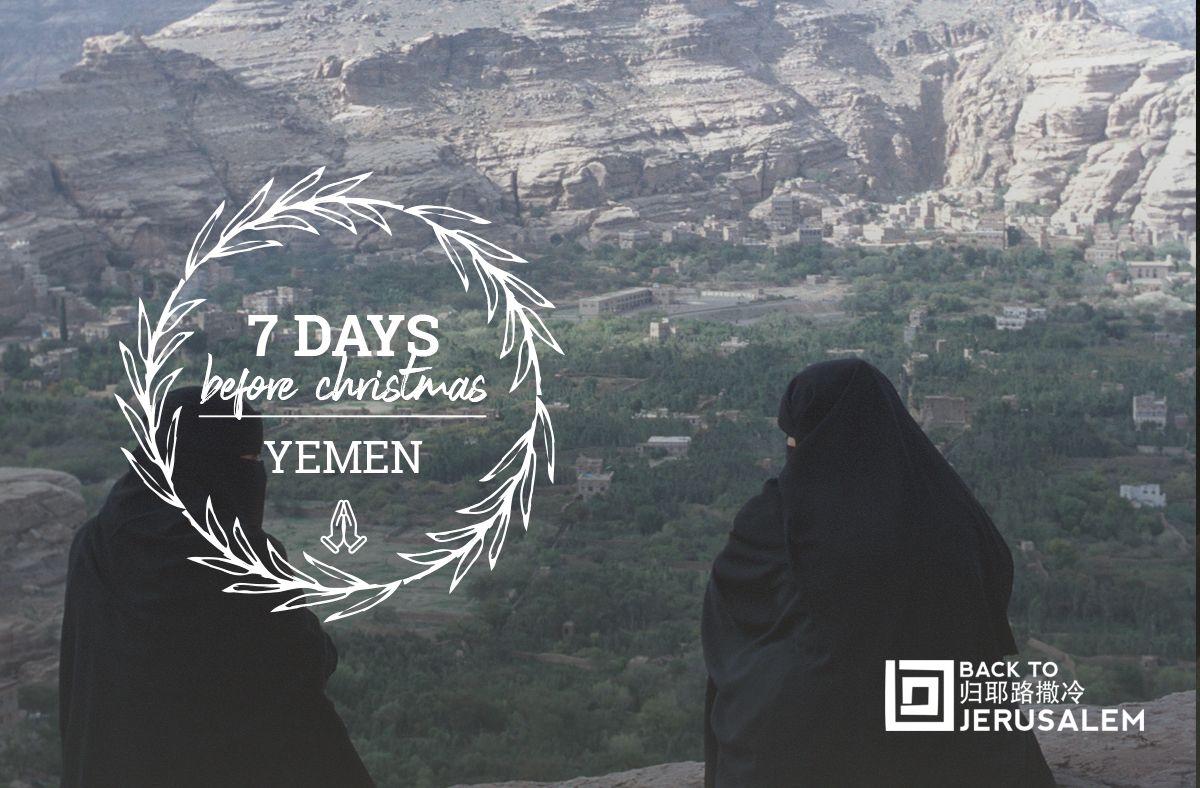 ON THE SIXTH DAY OF CHRISTMAS my Savior gave to me, an eternal flame of passion for the forgotten people of Yemen.

There are few situations in the world today as hopeless as Yemen. Yemen is currently one of the most dangerous nations in the world for both Christians and children. It is a nation that has been all but forgotten by the world, but what is impossible for man is possible with God.

On the Christian front, 99.99% of the nation is Muslim and persecution against Christians comes from all directions – the government, Islamic extremist groups, communities, tribes and families.

Yemen doesn’t just persecute Christians, but is also on the verge of losing an entire generation of children to starvation. There are images coming out of the country of children starving to death and they are extremely disturbing. In Yemen, every child under the age of five years old is on the verge of dying. “We are nearing an irreversible situation and risk losing an entire generation of Yemen’s young children,” said Lise Grande, U.N. Humanitarian Coordinator for Yemen. In total, there are an estimated 1.4 million children in Yemen and all of them are at risk of dying from either war or starvation.

The UN has described it as the world’s biggest humanitarian crisis, where 80% of the population relies on food donations and the food donations are barely enough to sustain life. Yemen is also in the midst of a civil war, which is supported by Saudi Arabia and Iran. The Shia and the Sunnis are fighting each other with children caught in the middle.

This Christmas, every parent wants to celebrate with their children and see their faces light up from the excitement of the season, but in Yemen, children are barely surviving. They will not open gifts under the tree. If they survive the war, they face certain starvation.

Christians need to remember the children of Yemen this Christmas. Share with your friends, families and churches and petition everyone to pray. On this day, leading into Christmas, may we drop to our knees and plead for the Lord to rescue the children of Yemen, hear the cries of the Church, and show mercy on the nation.

Listen to the audio podcast for Day 6