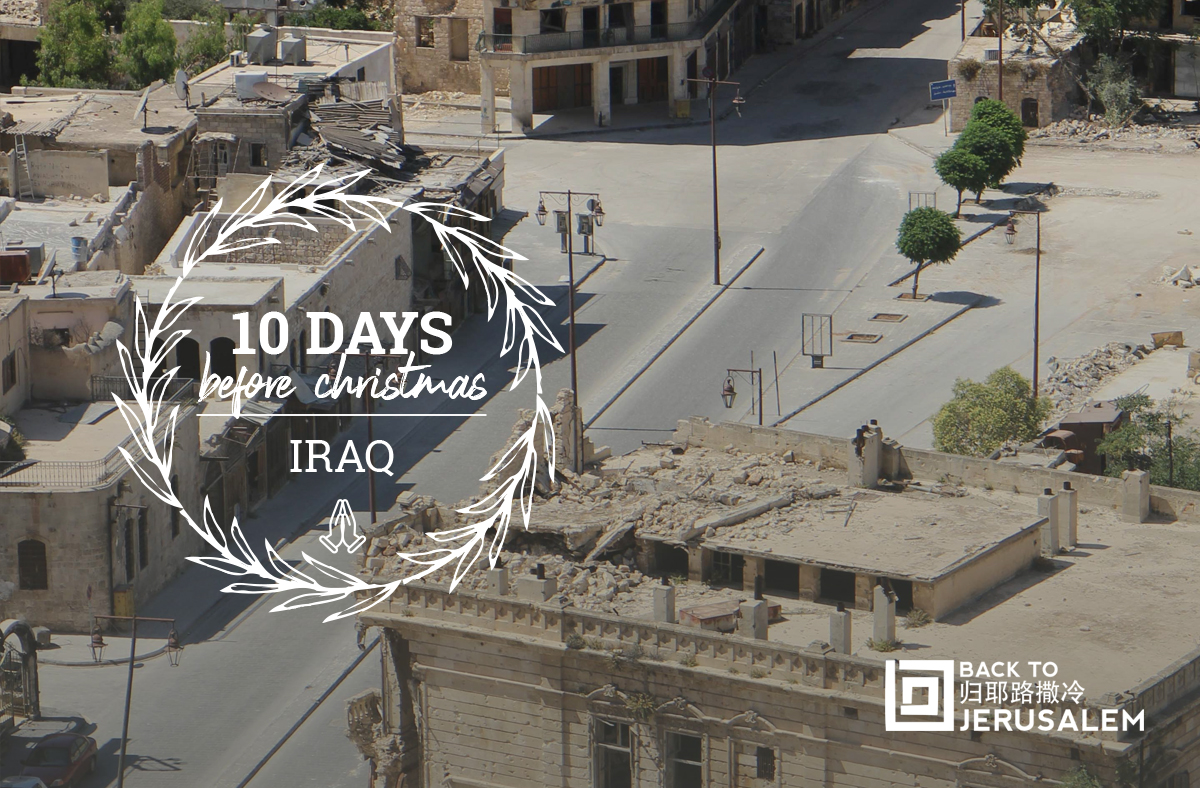 ON THE THIRD DAY OF CHRISTMAS my Savior gave to me, a prayer for the believers in Iraq.

Iraq is often referred to as the ‘cradle of civilization’. Many things took place in the Bible for the first time in Iraq – here are just a few of them:

Aside from the many Biblical firsts found in the Bible, Northern Iraq is also considered to be the world’s first Christian kingdom. After the resurrection of Jesus, the Apostles Thomas and Thaddeus traveled together to share the Good News with the King of Edessa, who became a believer when he was presented with the cloth that Jesus was buried in and healed of his disease.

Unfortunately, the Biblical heritage of Iraq has been forgotten and those who follow this Biblical heritage have been persecuted. When ISIS invaded Iraq in 2014, the city of Mosul (which had the most Iraqi Christians), became the first target. Christians were systematically slaughtered, churches were torn down, and historical Biblical sites were destroyed with dynamite.

Since ISIS has been mostly pushed out of Iraq, the Christians are attempting to recover. It is not easy in a land where they are a hated minority. This Christmas we fervently pray for our Iraqi brothers and sisters who are suffering from trauma and continued persecution.

We pray that the Spirit of CHRISTmas comfort them and transform their situation, for we know that “every good and perfect gift is from above, coming down from the Father of the heavenly lights, who does not change like shifting shadows. He chose to give us birth through the word of truth, that we might be a kind of firstfruits of all He created.” (James 1:17-18)

Listen to the audio podcast for Day 3