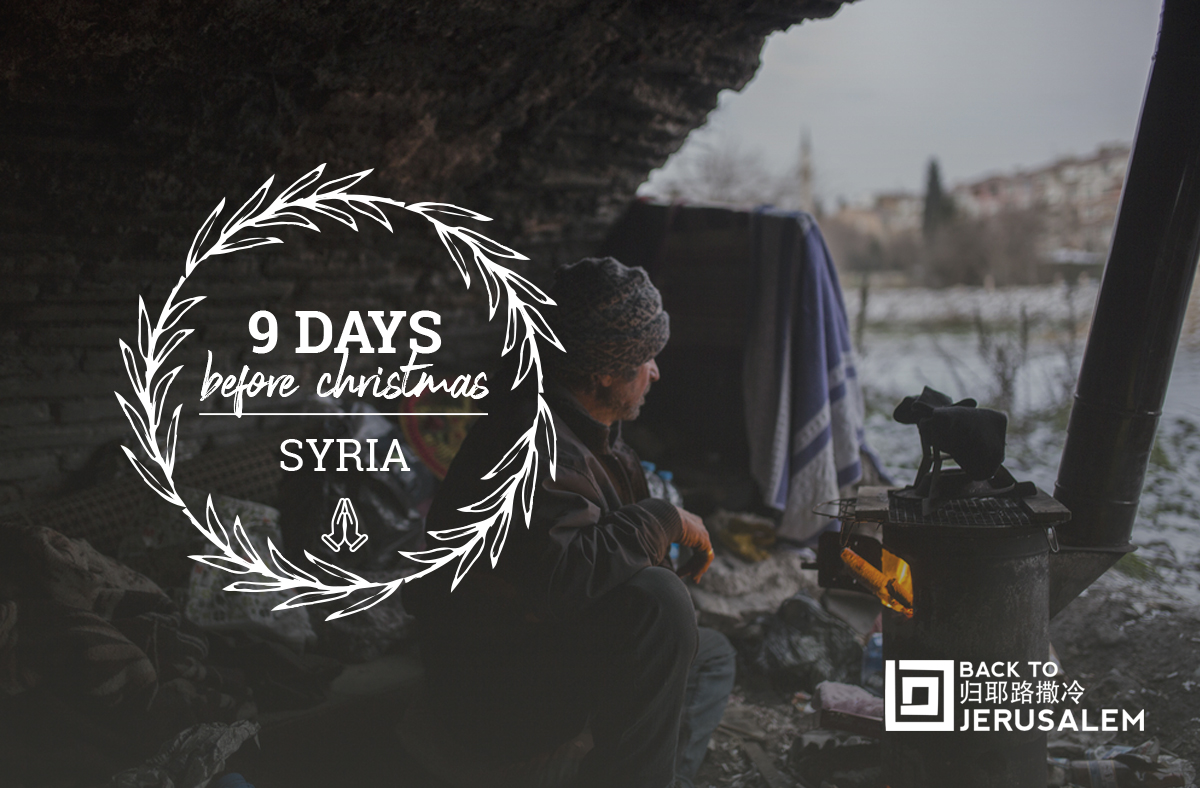 ON THE FOURTH DAY OF CHRISTMAS my Savior gave to me, a cry for the people of Syria.

The message of Jesus as a healer quickly spread to Syria (Matthew 4:24) and after His crucifixion, the Good News of His resurrection soon followed. The Apostle Paul had a life changing encounter with the Jesus of the manger in Syria (Acts 9:1-9) and some of the first churches were planted there (Acts 15:23, 41; Gal 1:21). The Syrian people were so impacted by the story of the Messiah that the believers changed their language. Even today, the Assyrian Christians found in Syria still speak the language of Jesus – Aramaic.

Young Christian girls between the ages of 1-9 were sold to men for as little as $172 USD to be sexually abused, only because their families were followers of Jesus Christ.

In 2011, there were more than two million Christians in Syria. Today, because of the persecution, there are less than 120,000 – a decline of more than 94% in a single generation.

On this special day leading up to Christmas, we are inviting Christians from around the world to join us in praying for the persecuted believers in Syria.

May there be a special Christmas gift for the believers of Syria this season. Under a symbolic tree covered in proverbial lights, may “Praise be to the God and Father of our Lord Jesus Christ, the Father of compassion and the God of all comfort, who comforts us in all our troubles, so that we can comfort those in any trouble with the comfort we ourselves receive from God.“ (2 Corinthians 1:3)

Listen to the audio podcast for Day 4