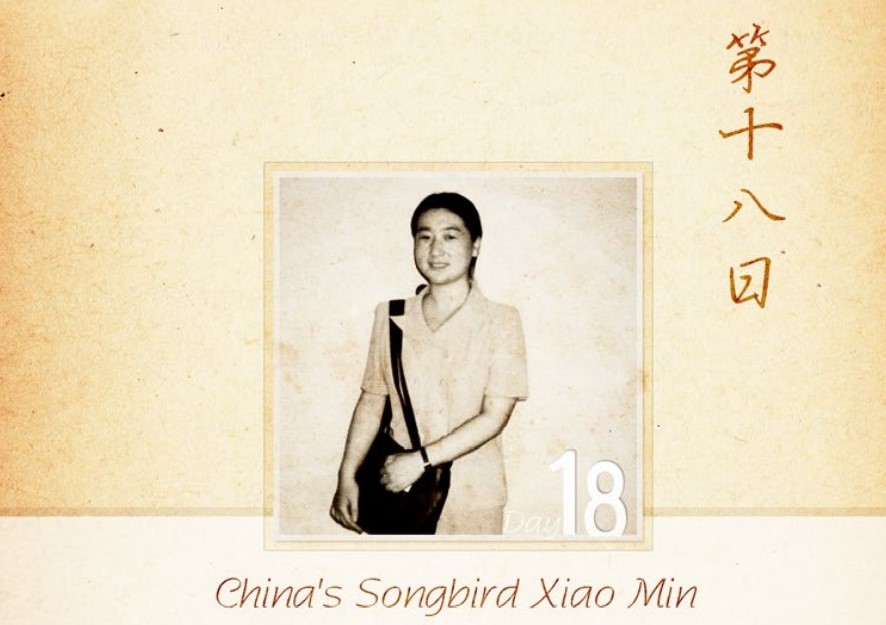 Walk into any underground church service in China and you will, without a doubt, hear the songs of Xiao Min.

Xiao Min has written more than one thousand traditional Chinese worship songs, known as the Canaan Hymns. Xiao Min was still a young peasant girl when the Holy Spirit began to place worship music into her soul. She dropped out of junior high school and is to this day unable to read music. She grew up in China’s Henan Province to an illiterate father and a mother who had never attended school.

Living life in the farming village was not always easy, but Xiao Min would find inspiration in a Bible verse and begin singing its words with a Chinese melody. During her private time, she would sew words and lyrics together that helped her to express praise to God. She sang the songs to herself as she walked through the rice fields.

Pastor Zhang Rongliang spotted her at a home church meeting one evening and, after hearing some of her songs, immediately felt that she was able to tell the story of the Chinese persecuted church in a powerful way. There is one song that echoes strongly within the hearts of all home church leaders in China called “China at Five in the Morning”. It was recorded by Back to Jerusalem and distributed to all of the main networks in the year 2000.

“The Lord is coming back soon,” Xiao Min said during one interview with the Christian Times in September 2012. “How can Christians today welcome His return? We should pray in the early morning, learn how to wait on God, love one another, be as one, live in the presence of God, and continually consecrate ourselves to his service…”

“How long should we sleep in the morning? Before Jesus comes, we should wake up early in the morning. To do what? To pray.” Brother Yun and well-known house church pastor Peter Xu have not lived in China for several years, but like the leaders who are still in China, you will find them on their knees at 5 a.m. every single morning.