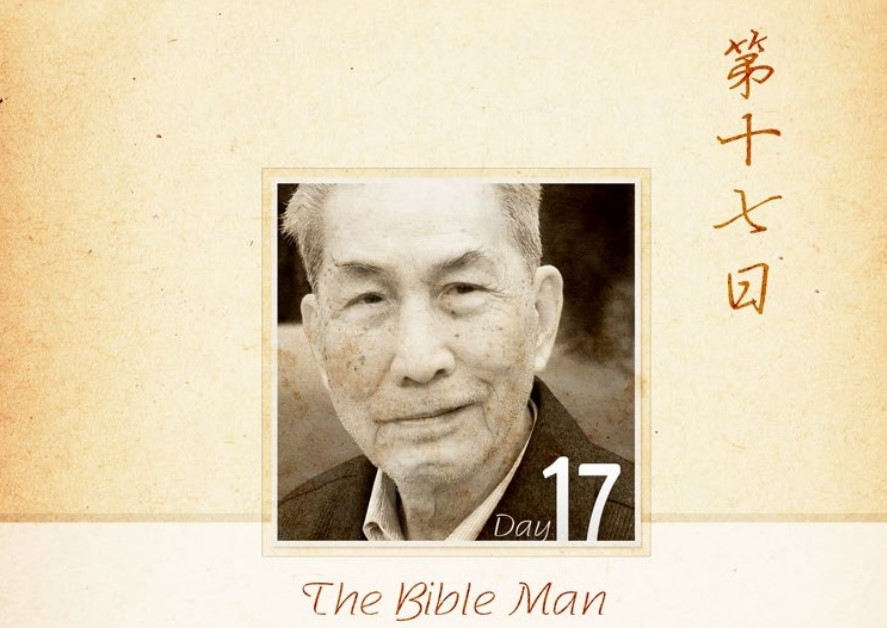 The Bible Man’s testimony, like many of the other testimonies in this devotional, is a precious piece of the history of the Chinese House church. The Bible Man’s real name was Mai Fu Ren. He passed away in 2010, but will never be forgotten by the Chinese church.

Mai Fu Ren grew up in Southern China in a place called Shantou, which was the target destination for the first one million Bibles to ever be delivered to China in one shipment. The covert operation was code named “Project Pearl” and was run by a former U.S. Marine. When the team delivered the Bibles to a beach in the middle of the night in the summer of 1981, Mai Fu Ren was one of the locals there to receive them and disperse them throughout China.

Believers all around China were fasting and praying for a Bible in those days. When Mai Fu Ren arrived with their own Bible in hand, he was considered to be an agent of the Lord. However, when the government found out about his secret work, they were not kind to him. He shares some of his story here:

“I eventually became a Christian, but soon after that, I had my freedom taken away from me. Not for five, ten, fifteen, or even twenty years, but I was put in prison for thirty years. A thirty-year prison sentence is a difficult thing to comprehend, let alone endure.

When I first entered into the prison, they went through all of my belongings. I had a small Bible and I hid it the best I could. None of the other things mattered to me. What mattered most was my Bible. I knew that there were many people in the prison who needed to hear the gospel. One prisoner asked me, ‘So you are saying that Karl Marx was a sinner?’ ‘Yes, Karl Marx sinned. We have all sinned and only Jesus can save us,’ I replied.

The prisoner took this to the top prison leaders and they came together and had a conference. After the prison conference, it was announced on the loudspeakers to everyone in the prison: ‘Mai Fu Ren is an anti-revolutionary. He will have two more years added to his prison sentence for spreading anti-revolutionary teachings.’

During the Cultural Revolution in China the government would host judgment conferences where they would condemn Christians and Christian teachings. All Bibles and Christian books would be brought to the town square and thrown into a big fire. I remember thinking to myself, ‘Do you really think that true Christians will stop believing if you burn all of their literature? I don’t think so.’”

After Mai Fu Ren got out of prison, most of his siblings had already passed away. He didn’t have a life to go back to. China had changed greatly in the thirty years that he was in prison, and most of the new believers in the underground movement had never even heard of him. “I never sought recognition. I didn’t really do much, only what the Lord told me to do. It didn’t take much effort to stay in prison,” he said.

When Mai Fu Ren passed away he didn’t have a bank account, a large house, a college degree, or a letter of gratitude from all of the thousands of people he helped to receive a Bible, because his treasures were laid up in heaven where moth and rust cannot destroy.