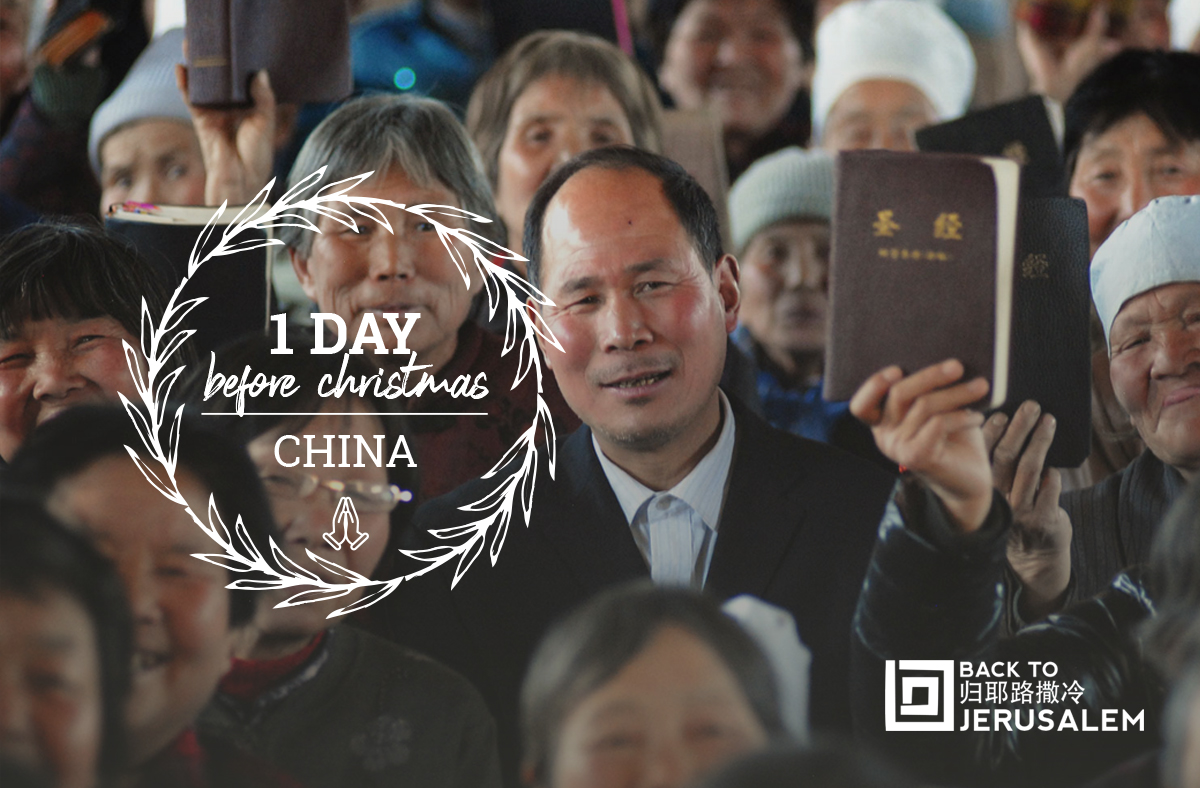 ON THE TWELFTH DAY OF CHRISTMAS my Savior gave to me, an unending burden to pray for China.

Tomorrow will be Christmas, but what does it mean to you? What makes it special?

As you look around your home on Christmas morning, think about the special traditions that have been handed down in your family year after year, generation after generation… you know, the things that make you smile and feel all warm, fuzzy and gloriously nostalgic inside.

Now, imagine spending Christmas in prison for the sake of the gospel – away from family, friends and most of your fellow believers.

Sadly, this is the reality for many Chinese Christians. Believers in China have seen an increase of persecution surrounding Christmas time. The government has cracked down on celebrations of Christmas, teachers have been punishing children who mention it, and town centers that were brave enough to put up Christmas trees had them forcefully taken down by the police.

“What does December 26, mean to you?” asked one teacher in a primary school.

“The day after Christmas, the birthday of Jesus,” responded one enthusiastic student.

“No!” yelled the teacher. “Who told you that? You are in China. Christmas is not Chinese. December 26th is the birthday of Chairman Mao Zedong!”

For several years, the idea of love and giving surrounding Christmas had been growing among the Chinese. Many Chinese factory owners and workers saw massive increases in sales during the Christmas holidays and grew curious about the reason.

Today, on Christmas Eve, we light a candle and pray for the persecuted church in China.

Listen to the audio podcast for Day 12