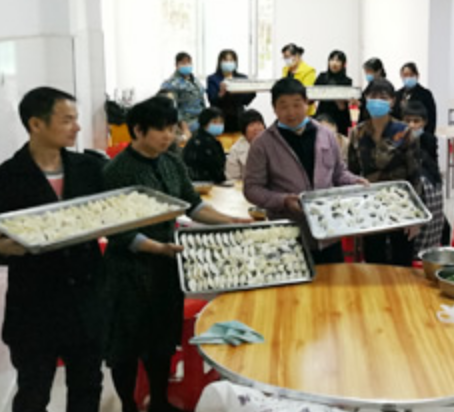 On November 14, the Christian Bible students at the Jiangxi Bible School celebrated the American holiday of Thanksgiving in a Chinese way – by making Chinese dumplings. They hosted a special gala to give thanks to the Lord for all that He has done in their lives. The event was attended by all of the students and faculty members of the Bible school. 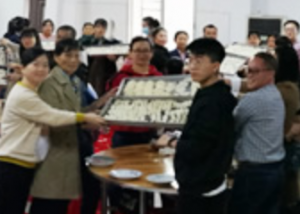 BTJ students who are preparing to go the field as missionaries often celebrate in the same way. Whenever they come together for a special event, they always make Chinese dumplings. Chinese dumplings, called “Jiaozi” in Chinese, have been a special dish for almost 2,000 years.

According to Chinese legend, the Chinese dumpling was invented during the Han Dynasty when a man by the name of Zhang Zhongjian returned to his ancestral village during a cold harsh winter. Zhang saw that his family members were suffering from the cold and were hungry. To keep them from freezing to death, he fixed them up a special blend of mutton and healing herbs in a pot of hot broth. He then lovingly wrapped them in pockets of steamed dough. The dumplings brought warm healing to his family members and helped to fight off the cold.

Making dumplings as a group is a Chinese tradition that continues on to this day and is always done with a thankful heart.