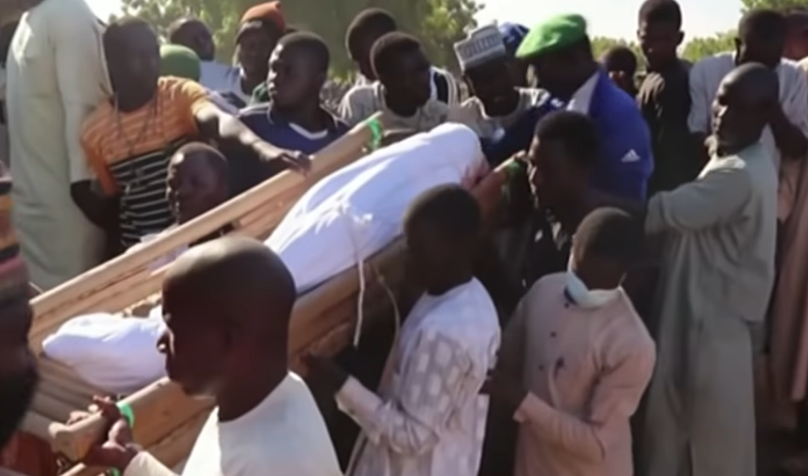 Last Saturday, Boko Haram showed the world once again that Islamist extremism is not just a religious issue. Yes, Christians have been targeted over and over by the blood thirsty militias operating in Northern Nigeria. But targeting day labourers for hurting their pride is not beneath them.

A group of labourers gathering the rice harvest in Borno state in the far North East of Nigeria, had arrested a Boko Haram militant who had been harassing them. In response, Boko Haram turned up and killed 110 labourers. Their hands were tied behind their backs and their throat slit. Also, it is estimated that 15 women were abducted by the terror group. Their fate is no less tragic. It will most likely involve rape, other violence and slavery.

Brazen attacks like this fit into a pattern of escalating violence from Boko Haram and ISWAP, a competing terrorist group operating in Nigeria. This pattern is also visible in other countries in the region. The Nigerian government has claimed that they have ‘technically’ defeated these terrorist groups, but in reality, it means they try to avoid them. There are fears that increasingly the rule of the Northern countryside will be at the mercy of these terrorists.

One very urgent effect of these attacks is a threat to food security. Workers do no longer dare to go out into their fields for fear of getting murdered. But if they do not go out, there will be no food for their families and no income for them. Terrorist attacks like this directly undermine the ability of the region to feed its people and threaten the region’s stability. This volatility is what terrorist groups thrive off and what brings them new recruits.

The Nigerian government has proved unwilling to come to the defence of Christians that were at risk of attacks. Now that renewed terrorist activity is threatening more people and the country’s food supply, will they step up?

This week, when we pray for Nigeria, let us pray for