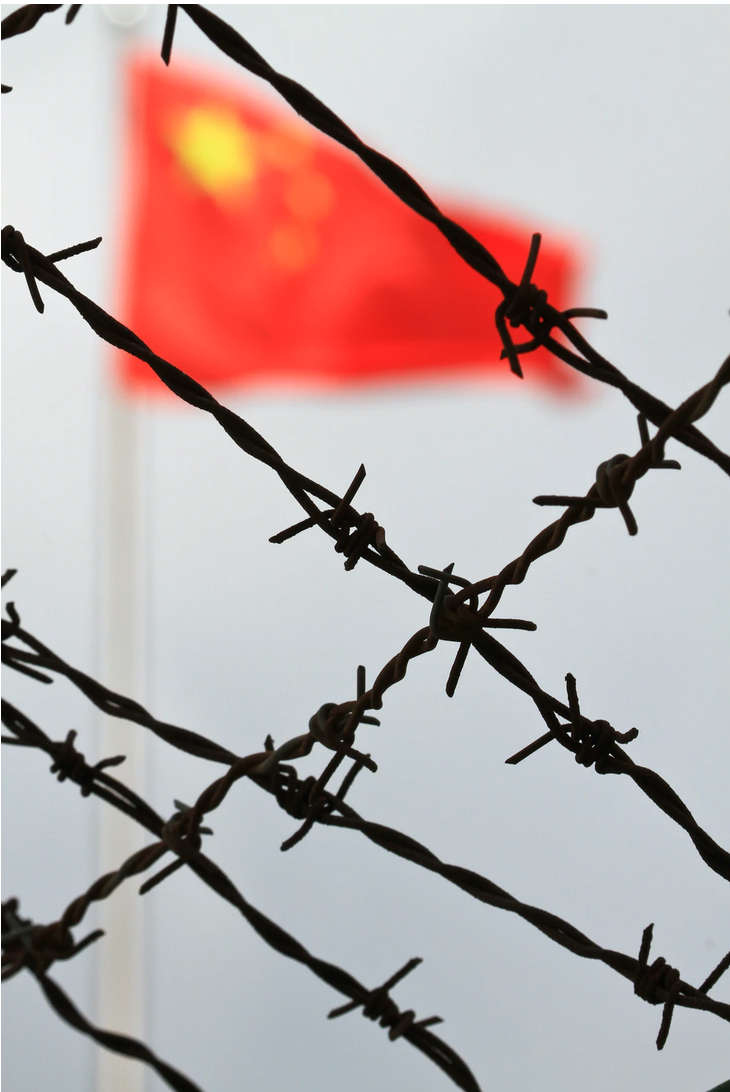 Privately owned companies have been growing in China since the 1980s and have been responsible for saving China. Many have rightly joked, “It took capitalism to save Communism.” What most people do not know is that it was not the top 1% that took advantage of this system, but was the peasant class that changed China and eventually changed the world.

China became the world’s second largest economy because of the ingenuity of its poor underclassmen. After a disastrous 30 years under Mao Zedong’s collective policies, central planning, and tens of millions of deaths, China had very little left. It was one of the poorest nations on earth and in 1976, it lost its great leader with no one to replace him. It was not an easy time to be Chinese.

In 1982, Deng Xiaoping changed everything when he opened the floodgates for private farming to allow the Chinese people to save themselves by feeding themselves. It was clear that the central government could no longer do it. The first to take advantage of this system were the peasant farmers. These were the peasant farmers who were excluded from the backroom deals and good relationships that helped provide sustenance to those who were well connected to the central government. These peasants knew how to farm, but were kept from doing so by central planning committees that were big, bulky, and inefficient.

Soon, farmers were able to privately produce food in China in an abundance that had not been seen in decades.

The freedom that Deng Xiaoping gave to the farmers, he also gave to the beggars in the city. He allowed them to feed themselves by starting their own businesses. The state simply did not have the money or the resources to give jobs to everyone, so the first private businesses were started by those who could not find a job within the state sector. During the Mao Zedong era, many young people were sent to the countryside to work on farms because there were not enough state jobs to give to them. When those young people returned to the cities they were poor and uneducated, but hungry to survive, and so began to create their own jobs once the government got out of the way. Self-employment created a growing class of wealth in China’s largest cities.

China’s Christians benefited greatly from this because most of the Christians were farmers from the rural poor areas of Henan and Anhui Province. Christians found freedom in the economic independence. In Mao’s China, Christians were considered to be anti-revolutionaries, were banned from jobs in the state sector and were not allowed to send their children to good schools.

Private shops emerged so fast in the cities that they soon became a magnet for young people all over China. Many Christians from the poorer regions moved to cities and started their own shops to provide goods and services to the public.

It happened so fast that China forgot that it was actually still a Communist nation! China created special areas where private ownership would be allowed, but controlled. These special areas were called Special Economic Zones. The idea of a Special Economic Zone (SEZ) was to have specific areas where private citizens could create and sell goods outside of the State Owned Enterprises (SOE).

The SEZ’s were so successful that border guards had to be established to keep everyone in China from fleeing to these areas. Soon, every province in China was demanding that they too get to set up their own SEZ.

The underground house church movements thrived in SEZs. SEZs were new and booming. Laws were changing by the day. There was growing excitement at the thought of a better future and Christians were the first to contribute to this new economy.

In the early 2000’s, the SOEs had died out and many predicted that they would be a thing of the past. China’s future was bright and on the road to become the most powerful economy in the world and would soon have the most Christians in the world.

For reasons that are not completely understandable, a massive change took place in the leadership of China. A strong current in China’s current leadership is forcing the nation to return to the days of centralized government and what they are doing is killing growth and attacking Christianity.

As a result, today’s Communist Party members have forgotten the hardship Communist policies brought and the Communist Party is moving quickly and assertively to bring privately owned businesses in China to heel. At the same time, a war against Christians has also been launched.

This year, China has installed more Communist Party officials inside private firms than ever before, essentially turning private companies into state run enterprises. Companies that are not cooperating are being starved of credit, denied needed registration, and cut off from international activities.

In some cases, China is labeling entire companies as “undisciplined,” forcing a hostile state take over, and turning them into SOEs.

Private entrepreneurs are viewed as enemies of the state. In September, China issued new guidelines for private companies, demanding that they serve the state while promising to bring more centralized control to the nation. Within weeks of passing these new guidelines, the Communist Party intervened to block a $34 billion initial public offering of one of China’s biggest private firms, Ant Group, simply because the company was too focused on profits and not China’s goal of controlling financial risk.

“For us small businesses, we have no choice but to follow the party,” Li Jun, a 50-year-old owner of a fish-farming business in the eastern Jiangsu province said in a Wall Street Journal report. “Even so, we’re not benefiting at all from government policies.”

Mr. Li had to shut down his seafood-processing plant because it couldn’t get bank loans. His privately owned company is considered to be an enemy of this “new China.”

As China ramps up its centralized planning, it is clear that privately owned businesses and Christians will be an obstacle. 2021 is not looking good for entrepreneurs in China and persecution against Christians is expected to increase. The message of the Chinese government to business owners and Christians is they are Chinese first and should swear allegiance to the Party before anything else. Without a historical reference, today’s leaders in China fail to see that their attacks against businesses and Christians only brings harm and creates wide-spread misery for everyone. It has never been the party that has lifted the nation out of poverty – it has been the people.