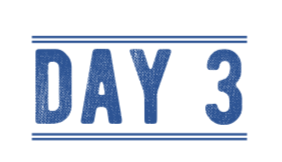 When praying for Syria it is important to know one family: The al-Assad family.

The al-Assad family has been ruling over Syria since 1971 when they established an authoritarian government that is in control of everything and one of the most important things to know about the family is that they are members of the Alawite sect of Islam which is closely related to Shia Islam as practiced in Iran instead of the Sunni Islam practiced everywhere else.

Like Shia Islam, the Alawites believe in the passing down of authority from the family lineage of Muhammad instead of having a vote for as the Sunni’s do.

Because Alawites believe in reincarnation, drinking wine, and other mystical ideas regarding Islam. Because their beliefs are not mainstream, Alawite believers have a long history of practicing their faith in secret. They have also incorporated a lot of local beliefs from Christians and Zoroastrians into their own practices.

For instance, they fellowship with wine which is completely prohibited in mainstream Islam. They believe in divine incarnation and celebrate Zoroastrian New Year and Christmas. They have even invented their own version of a holy trinity as well as a messianic return.

In some ways these beliefs can be considered to be a bridge where Christian ideas can be related to an Alawite believer in the same way that the Apostle Paul spoke to the Athenians on Mars Hill. In an amazing display of cross-cultural missions, the Apostle Paul used the local religion in Athens to preach one of his most compelling sermons about the nature of Christ.

Perhaps a similar door could be open for the Alawite Muslims in Syria.

Pray that the lies of Islam that have been forced on the people of Syria will fall and the Truth of Christ will be heard by all.

So Paul stood in the midst of the Areopagus and said, “Men of Athens, I observe that you are very religious in all respects. For while I was passing through and examining the objects of your worship, I also found an altar with this inscription, ‘TO AN UNKNOWN GOD.’ Therefore what you worship in ignorance, this I proclaim to you.