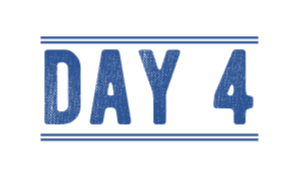 The al-Assad family came to power as a result of a series of coups. Al-Assad is Arabic for the Lion and they believed it was their strength and power that brought them to leadership in Syria.

Hafez al-Assad was the president of Syria from 1971-2000 and was the father to the current president.

Hafez was no stranger to military take-overs of governments. He was apart of the 1963 coup that brought the Ba’ath Party to power. Most people might recognize the Ba’ath Party as the name of the party in Iraq that was run by Saddam Hussein. What they may not realize is that the Ba’ath Party is a socialist party that believed in bringing a social government to the Arab world.

The Syrian Ba’ath Party motto is “”Unity, Liberty, Socialism” and their vision is to unit the entire Arab world against wealthy non-Muslim nations.

The slogan “Unity, Liberty, and Socialism” is key to understanding the situation in Syria. Unity stands for the Arabs coming together as one single independent nation. Liberty does not mean liberal democracy, freedom of speech or freedom of religion – instead it means freedom from colonial oppression and western government influence.

The final tenet in the slogan is socialism. According to the Ba’athist party teachings, socialism as it should be practiced, started under the rule of Muhammad. Muhammad was not just a military commander and religious leader, he controlled social, academic, and all social aspects of life.

Once the Ba’athists took control of Syria there has been anything but unity or liberty. The nation is divided up more now than ever and liberty does not reign. Liberty is dead in Syria, but it can be brought back with the message of Jesus Christ.

The people of Syria are hungry for peace. The generation that is alive today has not known a life in Syria without war or suffering. Pray that Christ will bring a peace and tranquility that only He can bring.