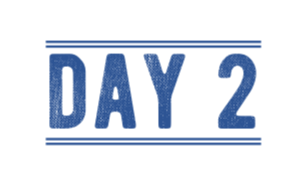 The story of the Bible as told in the Old Testament and New Testament is one single story. Often people see the Bible as a series of books that teaches man about God, but perhaps it is more of a single story told by different authors through holy inspiration to tell man’s story with God where God reveals to man who man really is. To say it another way, instead of being a book by man about God, maybe it could be said that it is a book by God about man.

By looking in the mirror of the Bible, we see that throughout the history of man God rules. Nations rise and nations fall, but God remains the same. His control over history and the direction of man is constant and nothing happens outside of His will. It is man that is fickle and changes, but God does not change. Man has free will and God’s will is not overcome by it.

The biblical history of Syria reveals to us that it is not an enemy of God. On the contrary, He made them, He called them, and He died for them.

One of the most precious gifts to ever offered to mankind is the Holy Bible. For all of the things that the Bible has to teach us, it was deemed important by God that Syria be mentioned more times than almost any other city.

The authors of the Bible were inspired by the Spirit of God to write (2Tim3:16) and the Spirit moved upon them to write about the history of Syria and the future of Syria.

If God finds it important, perhaps we too as Christian believers should find it important too?

The people of Syria have been called by the Lord and the Body of Christ cannot forget a nation that is so hungry for the Good News of Jesus Christ.

Remember how the LORD your God led you all the way in the desert these forty years, to humble you and to test you in order to know what was in your heart, whether or not you would keep his commands.

He humbled you, causing you to hunger and then feeding you with manna, which neither you nor your fathers had known, to teach you that man does not live on bread alone but on every word that comes from the mouth of the LORD.