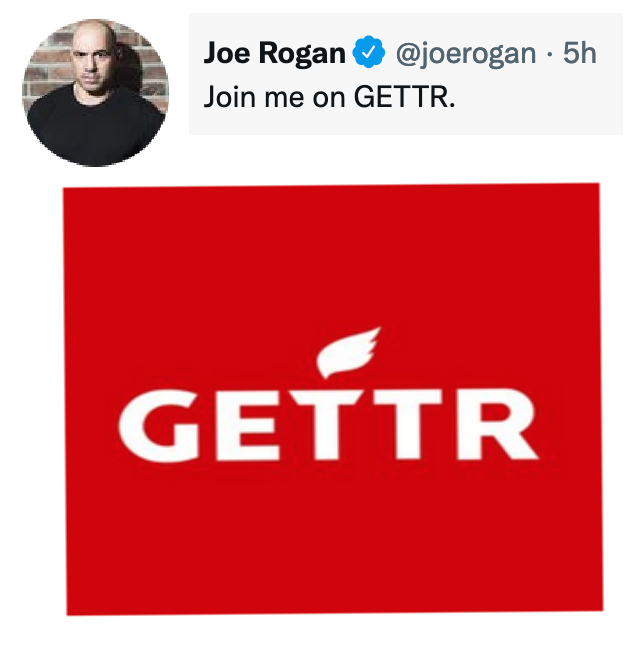 Twitter just lost a major cultural icon on their platform over the weekend and trust me when I say that it is going to sting.

Twitter has been banning Christians for a while and we all just accepted it. Then Twitter began banning politically conservative users, many who identify as evangelical Christians, during the 2020 US Presidential election. When Christians and conservatives began jumping ship en-masse and using alternative social media platforms, Twitter, Facebook, Amazon, YouTube, Google, Visa, and PayPal all got together and colluded to shut them down.

Still, users continued using Twitter, but now Twitter’s new CEO, Parag Agrawal, has been going after anyone who adheres to the traditional liberal ideas of free speech and once again we are starting to see an exodus.

Over the weekend, Joe Rogan, the world’s most listened to podcaster, announced that he has joined Gettr – a social media alternative to Twitter and in only a short time he has already gained more followers on Gettr than on Twitter! 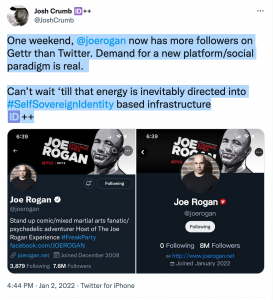 Joe Rogan is not a Christian, but he is a trendsetter and his adoption of a new social media platform might be the beginning of something positive.

Social media alternatives have simply not done well because EVERYONE seems to be on the traditional social media platforms like Twitter – UNTIL NOW!

Twitter is only growing more aggressive against Christian users, blocking accounts, and force feeding a secular agenda. When Christians around the world use Twitter, they are essentially rewarding the system that is poised against them. Perhaps it is time for Christians to vote with their keyboards and support a platform that allows free speech?

BTJ does not currently have a GETTR account, but that is changing this year. Unfortunately, GETTR is still a centralized platform, so it will be prone to the same problems for those concerned with data sharing.

However, BTJ has a private social media platform that is used by users around the world called DingDash. DingDash is based on a decentralized system, is not for profit, does not sell information, and never gives governments user access.

You can create a DingDash account for free by clicking here or going to www.dingdash.com