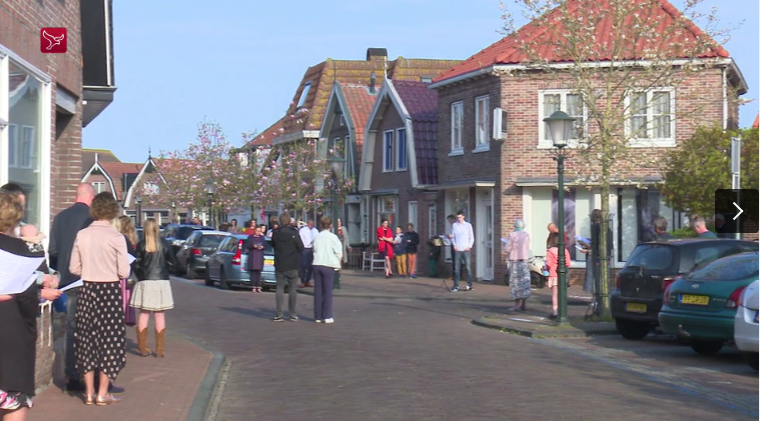 As is the case for churches in many countries, normal Easter services could not be held in Urk, a small fishing community in the Netherlands.

Back to Jerusalem has a special connection with this village, a which is a Christian enclave in a very secular nation. Among the villagers, there is a strong interest in mission, and the people from Urk are actively involved in supporting missionaries and Christian development work all over the world. Several of our Back to Jerusalem Netherlands board members come from Urk, and last summer brother Yun visited for the first time.

The resilience of the Chinese house churches was an inspiration for one of our board members, who was determined to find ways in which the gospel could be proclaimed openly, even in a time of social distancing. Since the people of Urk love to sing, organising people to sing outside was an obvious choice.

On Sunday evening, people would stand in front of their doors, with their (often large) families and join in well-known Christian hymns. They were careful to keep the rules and stand 1.5 meters (4,5 feet) away from each other.

This Easter, they decided to do so early in the morning, in their song proclaiming the victory over death that Jesus has accomplished. It could be heard all over the town, as perhaps thousands joined in from their doorsteps.

It even made the news, so the hope of the resurrection could be heard by all those tuning in. Have a look at this YouTube video. The comments are in Dutch, but you may enjoy hearing and seeing for yourself what it looks like when the church of Jesus finds powerful ways to be present in the midst of a lock down.