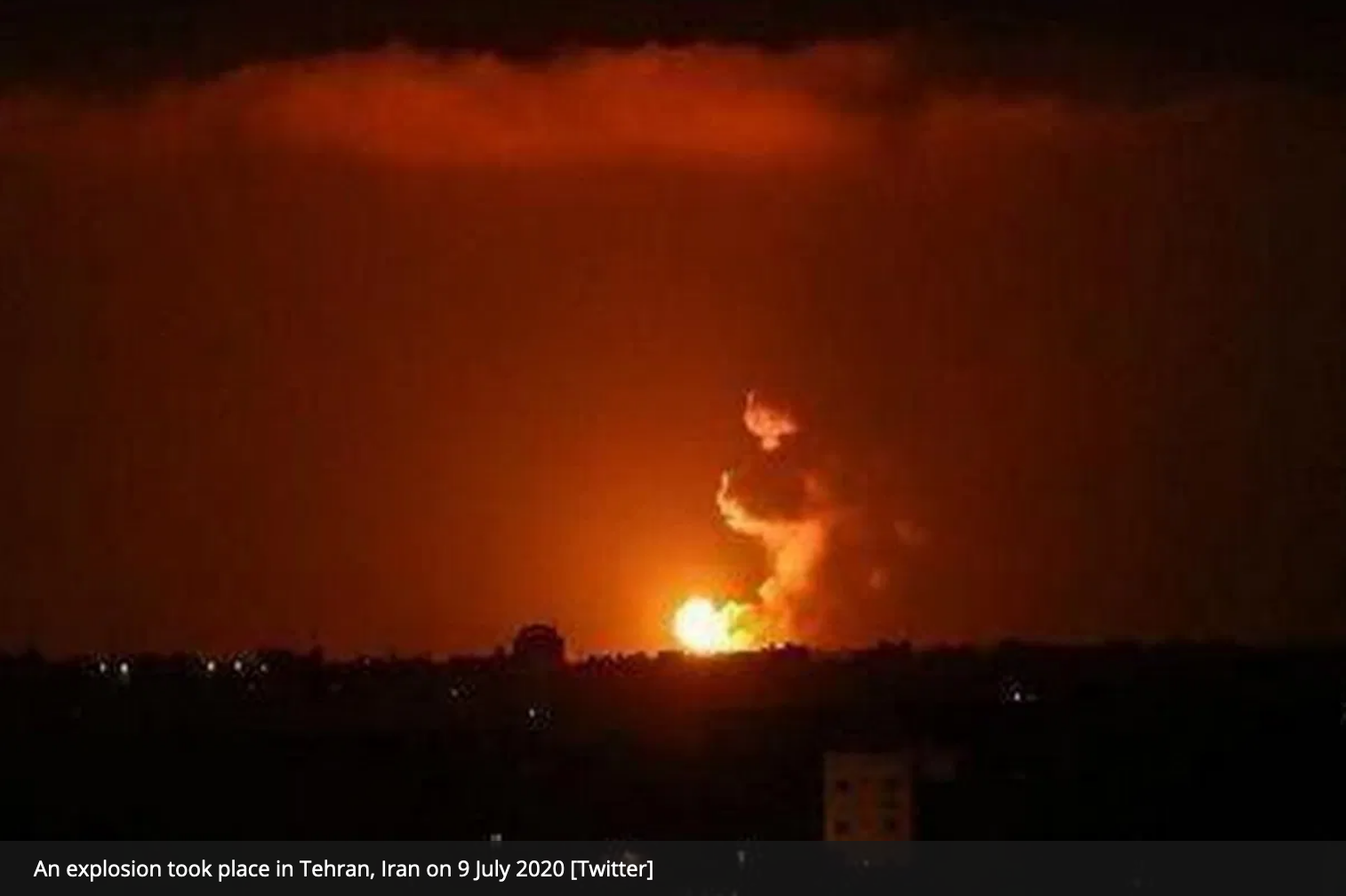 Eye witness accounts said some parts of the city experienced power-outages as a result of the blast, although no information on the cause has been released yet. An Iranian MP, Hossein Haghverdi, denied that any such explosion occurred, saying the power outage was due to a problem at a nearby power station.

Two days ago, there were reports of explosions in the nearby cities of Garmdareh and Qods.

Last week, an explosion occurred at a power plant in the city of Ahvaz. A few hours later, dozens of workers were injured when chlorine gas leaked from a petrochemical complex.

On Thursday, a massive explosion occurred at Iran’s Natanz nuclear plant. “There are some physical and financial damages and we are investigating,” Behrouz Kamalvandi, a spokesman for Iran’s Atomic Energy Organization, said.

On June 30, another major explosion took place in Tehran, this time killing 19 people.

According to an Iranian intelligence officer, Iran is only a few months away from producing its first nuclear bomb, but that timeline might be delayed due to several mysterious explosions in the country.

Iran has been incapable of stopping this string of explosions that seem to be targeting their ability to produce nuclear weapons. The blame for the explosions however is being pointed directly at Israel.

Amos Yaldin, the Director of the Israeli Institute for National Security Services, has said that Israel should prepare for imminent Iranian attacks in the days to come. “If Israel is accused by an Iranian official, we must be operationally ready for a possible Iranian response, either cyber, by launching missiles from Syria, or by an attack from outside Israel,” he wrote.

Iran has publicly declared it’s desire to destroy Israel. If they have the capabilities to launch a nuclear weapon, Israel will most likely be their first target.

However, there is another lesser known string of explosions taking place in Iran. They are explosions of a different kind. There are spontaneous underground Christian groups that are popping up all over the country. They are illegal, but that is not stopping them. If Iran becomes a Christian nation, it will no doubt change their desire to destroy Israel.