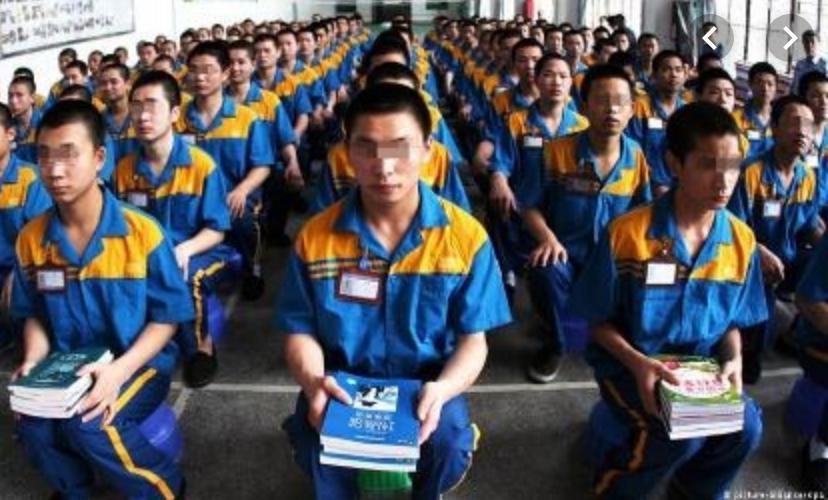 You have heard about the re-education camps inside China, but where are they and what do they look like inside for the prisoners?

Here is a basic overview

What is a Re-education Camp?

A re-education camp is basically a prison that were introduced in China since the new religious laws were implemented last year. They operate outside of the legal systems. Detainees are held without trial no charges are needed to be levied against them.

According to many reports, as many as three million prisoners are currently being held in Chinese re-education camps. Several hundred Chinese Christians are currently held as prisoners. 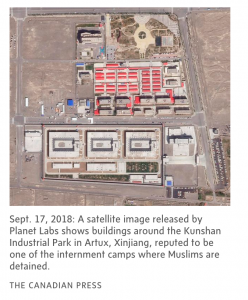 In July 2019, official support for China’s re-education camps has come from United Nation members Algeria, Congo, Russia, Saudi Arabia, Syria, Iran, Pakistan, North Korea, Egypt, Nigeria, the Philippines and Sudan and 25 other nations. More members of the United Nations have signed a letter in support of China’s prison camps than oppose it.

OIC (Organization of Islamic Co-operation) has publicly referred the camps to copied in other countries as well.

Where are the Re-education Camps?

The re-education camps are all over China, but the western province of Xinjiang are the most widely observed camps that are visible from satellite photos.  The map below show 18 known locations in Xinjiang Province alone. 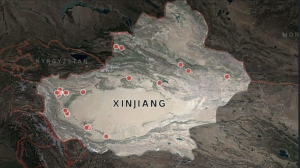 Because re-education camps are not officially reported, no one really knows how many there are, but on 29 November 2018, Reuters and Earthrise Media reported 39 suspected camps.

In July 2019, Chinese underground pastors reported on 16 pastors in a re-education facility held in a cave in Henan Province.

Sometimes the re-education detention facilities are prison compounds, but they can also be converted from abandoned factories, schools, or old hotels.

Most of the time, re-education detention facilities are made to look like harmless housing facilities on the outside, but inside they are prisons.

How are Prisoners Captured?

Many prisoners are simply detained by the police and without knowing what they did wrong are taken to a re-education camp. Gulzira Auelhan for instance, was shocked on the head with a cattle prod by the police, hand-cuffed, and escorted to a re-education camp. She thought she was arrested for spending too much time in a public toilet, but discovered it was because she helped another woman prepare for prayer time. 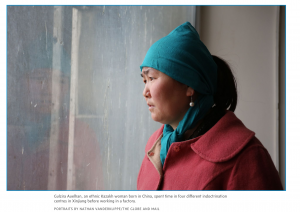 Sometimes armed troops come in and escort entire villages away. For instance, the central government deployed troops with live ammunition to surround and escort an entire village in Shehezi, Xinjiang Province to a re-education camps. Only the elderly and young children were left behind.

What Does a Day Look Like as a Prisoner inside a Re-education Camp?

Below is a picture of the outside of a known re-education camp.  It is made to look like a housing facility outside, but inside is exactly like a prison. 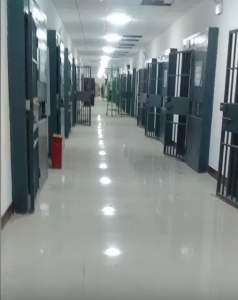 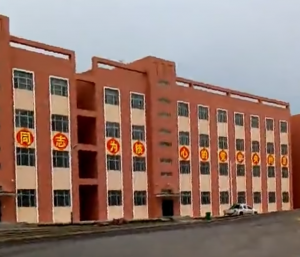 The daily routine is different for each re-education camp, but the first fifteen days the days generally look like this:

There isn’t any private time. Every detainee must stand watch for two hours every night to ensure that no one commits suicide or attempts to escape. There are cameras located throughout the facility including in the toilets and showers.

The detainees are fed according to what they can afford. Detainees must pay for their own food.

Generally visitors are not allowed, but if they are, there is a fee. Visitors must pay roughly $4 USD for each visit that they are allowed. 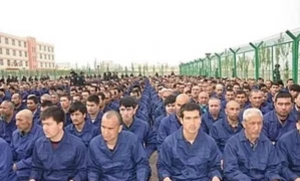 After the re-education classes have concluded, the detainees are then sent to facilities where they are forced to work.

Rahima Senbai spent 70 days in a detention centre, where the cell was equipped with a television that played 24/7 political programming.

Ms. Senbai was hand-cuffed and shackled for a full straight week where she reported on workers in biohazard suits injected here with chemicals telling her they were for flu vaccinations.

She was shuffled around from work station to work station and when she was not moving fast enough, they shocked her with cattle prods to get her to move faster and to obey commands quicker. “I felt like a slave,” she said.

Thousands of reports are coming out of physical, mental, and sexual abuse and it now known that the detainees are not only being brain washed, but are also being used for a forced labor force for export factories.

The situation in China is deteriorating every day. On October 4, at 11:00 p.m., police in Xinjiang broke into an apartment where a group of Christians were praying together. Three of those detained are still in custody at the writing of this article.

There is a concern that those that are still detained might be sent to re-education facilities.

This one of the reasons why BTJ is developing new ways to deliver God’s Word into some of the most closed places in the world.

Please stand with BTJ and pray for those that are currently being held in re-education camps.

To know more about how to best support BTJ in this effort to reach out to those in re-education camps, click here: https://backtojerusalem.com/gatekeepers/