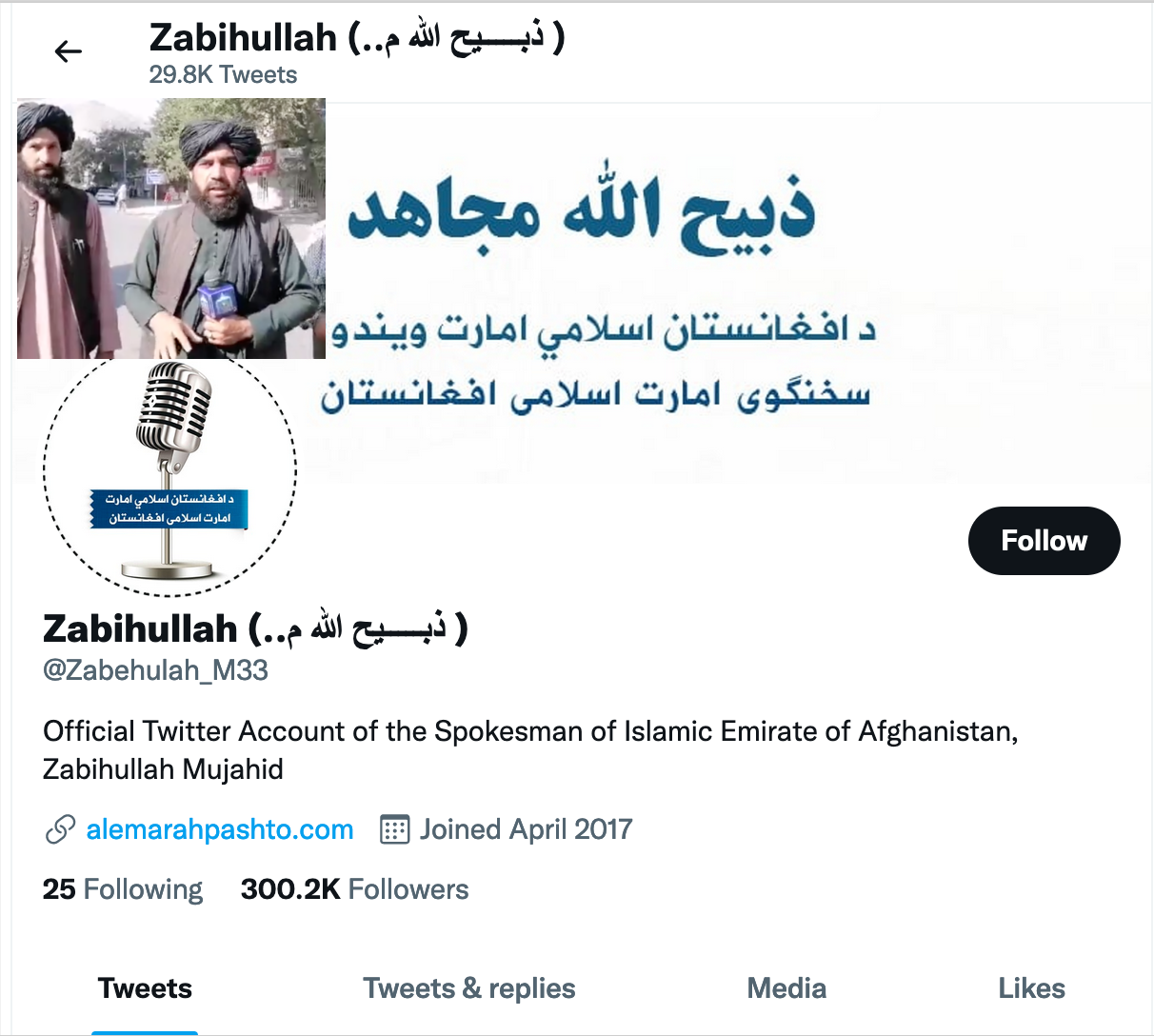 How dangerous is the Gospel message?

So yeah… Twitter believes preaching the Gospel in the 10/40 Window is more dangerous than the Taliban re-capturing Afghanistan.

Taliban leaders used Twitter and WhatsApp to strike fear into the residents of Kabul and establish control over the capital city of Kabul.

On Monday, Taliban leaders tweeted ‘fake news’ sharing that Kabul residents ‘welcomed them.’ This ‘fake news’ was not stopped by Twitter or WhatsApp, who lately have seemed so concerned about fake news as it pertains to politics, immigration, global warming, and the coronavirus.

BTJ’s social media developer had his Twitter account locked this year because Twitter didn’t agree with his posts and deemed them to be ‘spreading false information.’  He wasn’t the Taliban announcing that the residents of Kabul warmly welcomed his arrival, so he was blocked.

The Taliban even had WhatsApp numbers posted so that Afghanistan officials and soldiers could call to negotiate their surrender! The free service was appreciated by the Taliban.

Parler, an alternative social media platform, was shut down this year because, it was argued, that their platform was used for the communication of the January 6 incident in Washington DC. As a result, Amazon refused to host their servers, Visa, Master Card, Paypal, etc stopped providing financial services for them, and they were labeled as a supporter of violence.

Both Twitter and Facebook (owner of WhatsApp) removed former president Donald Trump after the same January 6 incident and have not restored his account, citing “incitement to violence.”

However, WhatsApp and Twitter are currently being used to issue threats and promote the new Sharia Law policy of the Taliban, because, after all, there is nothing violent about the Taliban.

This is why BTJ launched DingDash. DingDash is a social media account that does not discriminate against Christians and is being used by thousands of Christians around the world today. To learn more, click here.