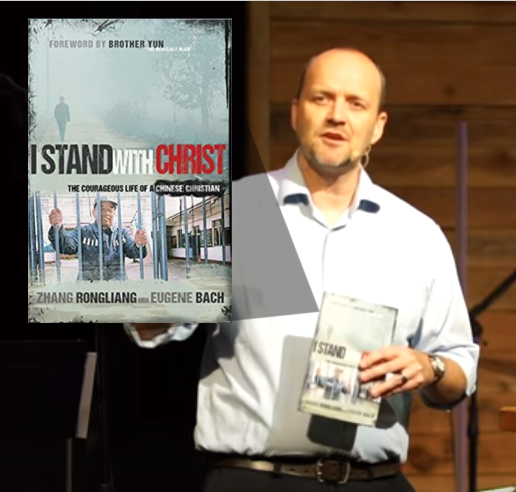 “Christians can learn a lot from China,” came a message on social media, last week. “BTJ should use the Chinese experience to write a handbook how Christians can survive during times of intense persecution. We so desperately need that information right now!”

For those who are looking for examples of the church during times of persecution, and look to the Chinese underground house church, they will find a modern day blue-print similar to the stories found in the book of Acts. BTJ has several books directly from the leadership of the underground house church in China that can help Christians understand how to survive during times of hardship.

One pastor identifies several main points that the church in the West can learn from the underground house church in China during persecution.

According to Canadian Pastor Ben Hall, the first thing to learn is the need for fellowship.

For about ten minutes, Pastor Ben Hall of the Shuswap Community Church, read to his congregation from the book I STAND WITH CHRIST: Pastor Zhang Rongliang’s personal testimony. He concluded that fellowship has remained one of the most essential things for believers during times of persecution in China. “He [Zhang Rongliang] was desperate for fellowship. That comes up time and time again [during times of persecution].”

“The writer of Hebrews says ‘do not forsake gathering together,’” Pastor Ben says. “Why did the writer say that? He didn’t say it as a law or a rule or as a commandment, but because he knew that the persecuted Christians he was writing to would find strength from gathering together in worship.”

Pastor Ben goes on to explain, “We take this idea of gathering optional.”

The second thing that we learn, according to Pastor Ben, is that “persecution spreads the Gospel.” Persecution demonstrates a supernatural faith that demonstrates Jesus is alive. “It is supernatural. It is the Kingdom being made known on earth … A martyr is a witness to the reality of spiritual things.”

The third thing that we learn from the testimonies of the underground house church in China, according to Pastor Ben, is to ask ourselves on a daily basis, “what loss would threaten my faith?”

The stories of the underground house church in China can be a wealth of resources for the Western church today. Pastor Zhang’s testimony of suffering and persecution has brought the Gospel message to millions of Chinese who are now believers. Pastor Zhang’s testimony reveals that what the enemy attempted to use to destroy the church in China, was actually used by God to build the largest revival in the history of mankind.

Pastor Zhang’s personal testimony allows believers around the world to draw on the experience of the persecuted house church and lend faith to the present trials and tribulations that the church is going through.

Pastor Zhang’s testimony I STAND WITH CHRIST is available here.

100% of all proceeds from Pastor Zhang’s book goes directly to the ministry to continue spreading the Gospel of Jesus Christ.