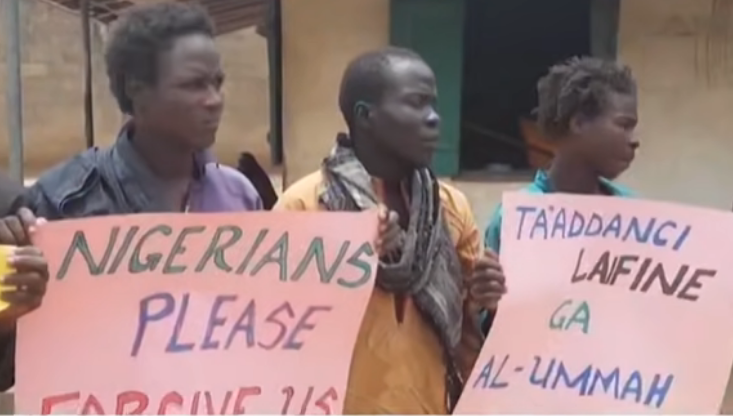 In May we wrote about the death of Abubakar Shekau, leader of Boko Haram, who blew himself up to prevent capture by ISWAP, a rival terrorist group and ISIS affiliate. ISWAP was hoping to lure Boko Haram fighters into their fold, but it seems that they are not completely successful in this plan. Recently there has been a spike in defections of Boko Haram fighters. These terrorists want to put down arms and reintegrate into civilian life. Nigeria has reported 6000 recent defections, whereas neighbouring Cameroon also reported 1500 defections over the past weeks. 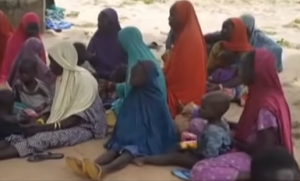 These fighters don’t come alone. They bring their wives and children from their hideouts in the bush. Some of the women had gone there willingly. Many were there involuntarily. Boko Haram is notorious for acquiring women and girls, kidnapping them and marrying them to their fighters. Now many have families with children and see no future for them in Boko Haram’s camps.

The reasons why people defect are various. Without their leader, the group itself is unstable. Some fighters have gotten themselves in trouble with the organisation and flee repercussions. Others joined because they had been promised a better future, but now they see their families live in even worse poverty and they are disillusioned. While some have a guilty conscience, or are tired of the fighting and long for peace.

The governments of Cameroon and Nigeria encourage defecting and offer clemency and help to former Boko Haram fighters to re-enter civilian society. Nigeria even has a secret program to help high level Boko Haram defectors, if they encourage their former fellow terrorists commanders to leave too. They see the reintegration of these fighters as ‘smart warfare’, depriving the enemy of experienced leaders, without using violent force.

The idea of clemency for former Boko Haram fighters, is received with mixed enthusiasm by ordinary Nigerians, according to a report by the Nigerian ‘Centre for Democracy and Development’. Those who have lost relatives and livelihoods in the bloody Boko Haram raids, often think it is unfair if the government uses their taxes to help terrorists to resettle, while victims have not received government help. Particularly women who have endured sexual violence do not want their attackers to return into civilian life unpunished, or come back to their communities. 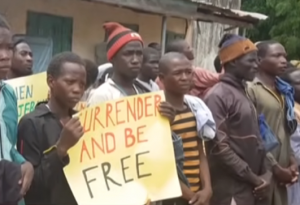 Still, more than half of Nigerians in the affected areas believe that forgiveness and reconciliation may be the only way to achieve peace. There are many reasons why persecuting all disillusioned terrorists is not an option. There are just too many of them, there is sometimes a blurry line between victims and perpetrators, some people have been forced to commit violence, persecution means reliving trauma, and harsh punishments may drive repentant fighters back to their former camps in the bush.

According to the report, those favouring reconciliation would demand terrorists to publicly confess and repent to the community and ask forgiveness from God. They would also have to swear a public oath not to recommit their previous crimes. But will this be enough to begin rebuilding trust?

The people of Northeastern Nigeria will have to face these complicated issues as former terrorists return. Will they pursue vengeance, look for justice, or choose to pardon? What is right? What will help their children live in peace? For Christians in particular, these questions cut to the heart of the faith. Forgiving is one thing. Receiving someone back into the community is something else. May God give them wisdom and strength to make the right choices for their communities and forge a path of peace.