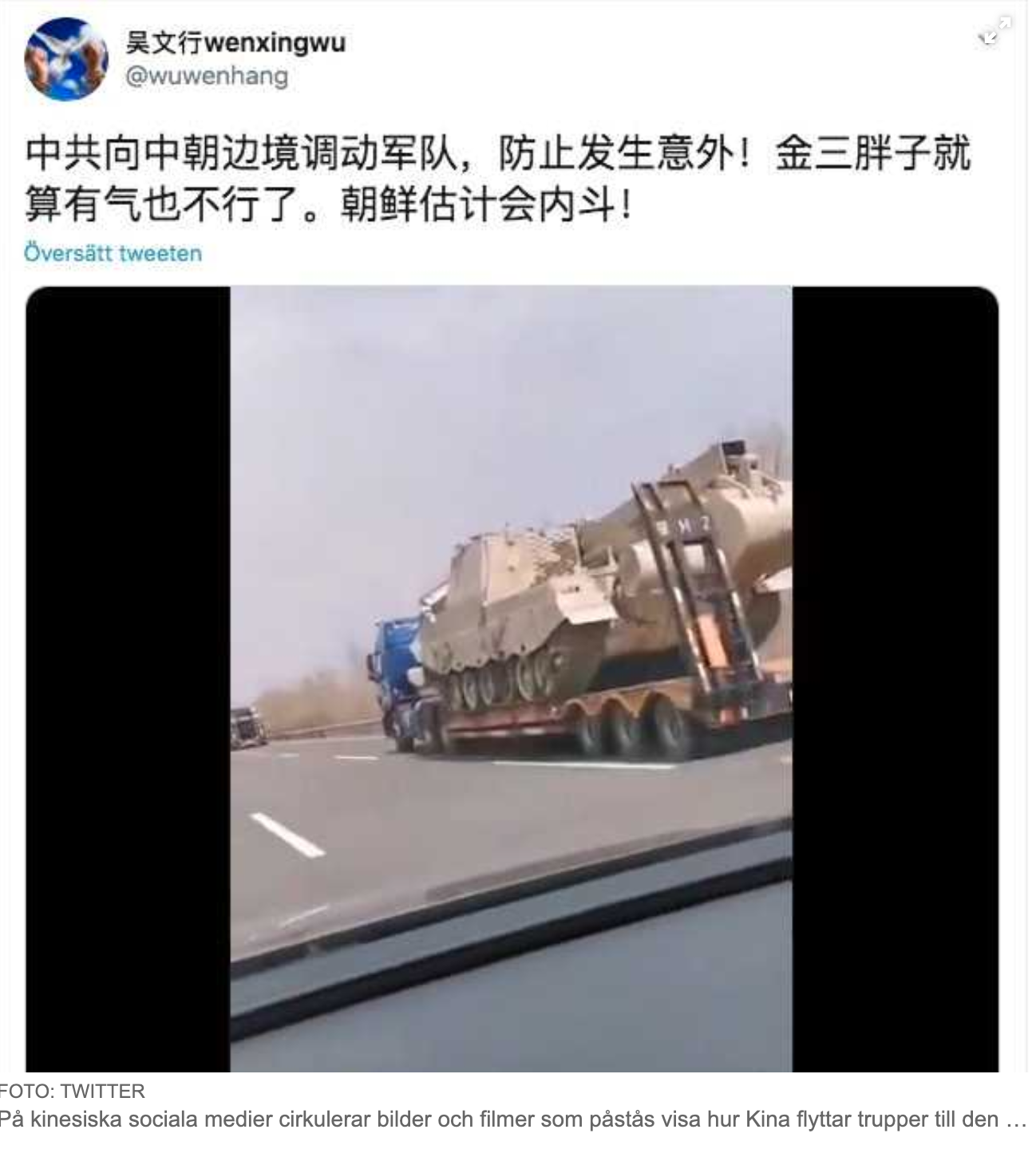 “China is moving troops to border of North Korea,” is the report this morning from Swedish Aftonbladet.

“Yes, we have been seeing the Chinese military moving in the area,” confirmed a BTJ missionary in the area.

China’s military movement tells another story.  China might be preparing.

A sudden movement of China’s military to the North Korea’s border could mean that they have been alerted of possible problems regarding the health of the Dear Leader Kim Jong Un.

Back to Jerusalem missionaries have been working in the border region for almost two decades. There are many house churches strategically located along the border that are known safe houses for refugees from North Korea. These homes are usually marked with a cross and provide food, shelter, and prayer for refugees.

Back to Jerusalem is working inside of North Korea and helping share the Gospel with the underground house church. Please continue to pray for the nation as these events unfold.