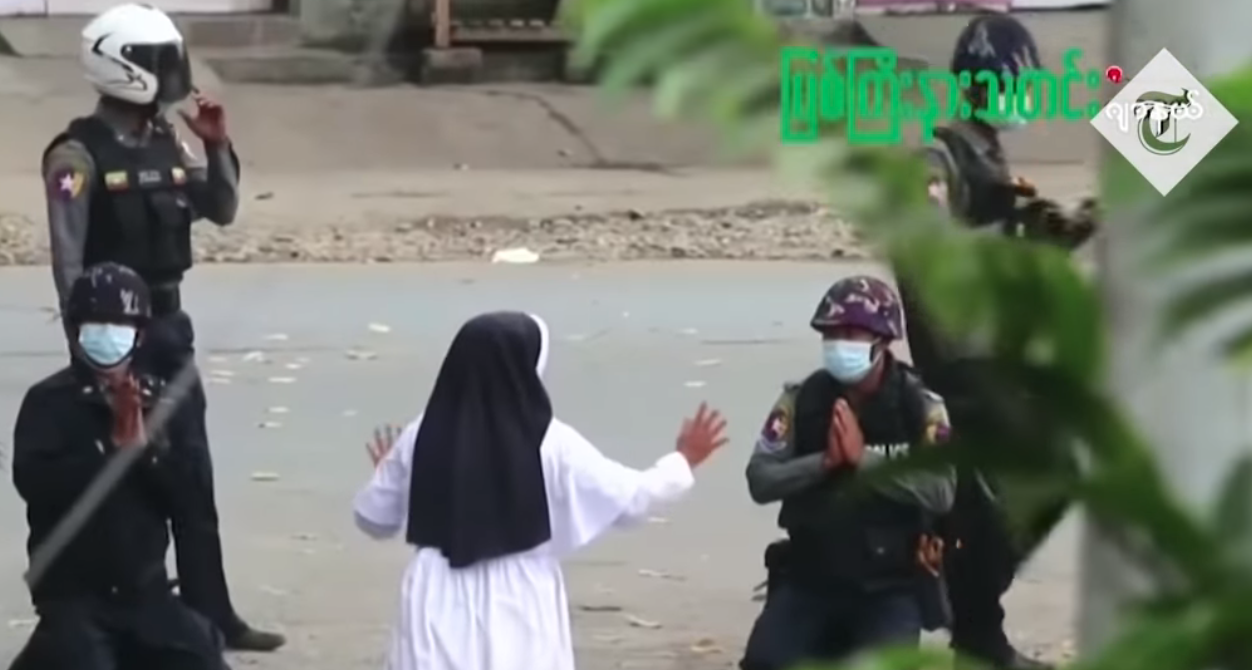 In a powerful display of peace, a nun kneels down in front of policemen and begs for them to kill her instead of harming the protestors.

Myanmar has spiraled out of control in the last month after a military coup ousted the democratically elected leadership. The streets have turned into war zones between protestors and the military junta.

“I begged them not to hurt the protestors,” said Sister Ann Rose Nu Tawng from the northern city of Myitkyina. “I told them that they can kill me,” she said. “I am not standing up until they give their promise that they will not brutally crack down on the protestors.”

The police were deeply touched and paused their attacks for a moment as they bowed down in return.

BTJ missionaries have been preaching in the area of Myitkyina for many years and the number of Christians there has increased dramatically. Many Christians live in Kachin State in the North, where Myitkyina is located. Tens of thousands of Christians in Northern Myanmar are living in internally displaced persons (IDP) camps and are blocked from humanitarian aid access by the Buddhist government. Sister Rose Nu Tawng is no stranger to persecution in a nation where war is continually being waged against believers.

Chinese BTJ missionaries are asking for believers to please continue praying for the nation of Myanmar.