China’s largest e-commerce platform Taobao just revealed that they have a new hi-tech product that can be implanted in your brain and help you communicate with computers remotely.

The product is called “Neurabuy” and is hard to find on English websites at the moment.  In fact, only one Chinese English newspaper has written anything about it in English.  But, the technology was revealed at Taobao’s 5th Maker Festival – which is like the “Oscars” for new technologies.

The product aims to beat the American tech giant Elon Musk in the race to implement brain-machine interface technology. We know very little about “Neurabuy” at the moment, but leaks show that it will help humans communicate with computers for e-commerce and other tasks in daily life. This is not a lone effort, but is being done together with a company known as NeuraMatrix Inc and Tsinghua University.

The concept being touted is “Buy with ideas.” As the name suggests, you can complete the entire process of buying with just a thought in your mind. According to the published promotional video, users do not need to use a mobile phone or a computer, but only need to call out to the “Taobao Idea Purchase” system in their minds to make and complete. 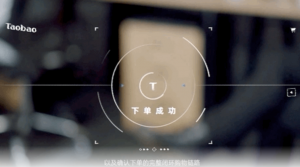 The primary protocol is that it can help with e-commerce. If you think you would like to do something, “Neurabuy” can transmit your thoughts into an active purchase. There would be no need to log into an online account, search for the item, input your payment details – etc. “Neurabuy” would do it all for you.

Because of it’s access to your brain, the new technology claims to also help people with cognitive disabilities, including elderly people suffering from Parkinson’s disease.

However, there is serious concern regarding a Chinese tech company being able to interpret your thoughts. Judging by how China has been using technology to monitor and persecute Christians, there is reason to believe that your thoughts regarding e-commerce would not be the only thing that “Neurabuy” could share with a large database. Everything that you see, say, hear, and possibly even think could be stored into a database in China and used against you by the government.

This all sounds like a very bad sci-fi movie, but how close is Taobao to actually deploying it?