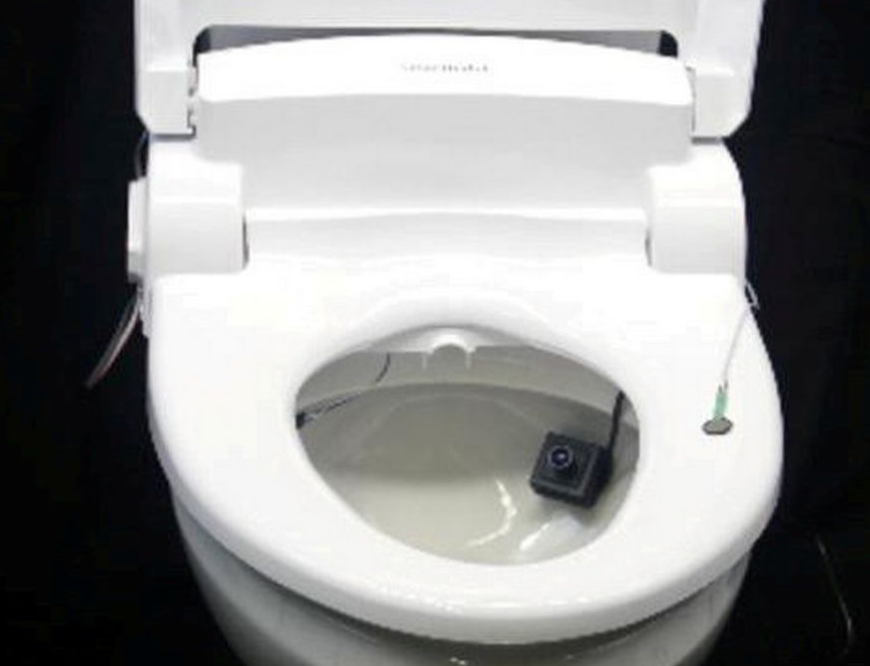 In 2020, China was the king of electronic observation, but in 2021 the US is fighting hard to take that title away.

In his final Tweet for the year 2020, US Senator Rand Paul (R-KY) highlights an insane government spending agenda that focuses on a new kind of electronic observation technique – monitoring… toilets. Yes. Toilets. 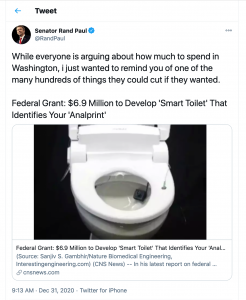 Step aside China, because the US just dropped a whopping $6.9 US million on developing a “smart toilet” that sneaks through the back door to identify a user’s “analprint.”

The US government is investing in special toilets with active AI brains that can identify ‘users’ through their “analprint” with a system of three cameras. An analprint is as distinctive and unique for each user as a fingerprint. Data from the toilet can then be sent to a database and analyzed over an encrypted server.

The way it works is a ‘user’ sits on the toilet, three cameras automatically turn on and use ‘biometric identifiers’ to identify the user and then the waste is monitored. The system can detect diet, illness and general health.

This is a system that China is familiar with. In ancient China, the emperor had a fecal inspector to monitor the health and well being of the emperor. The fecal inspector played an important part in determining what the emperor needed in his daily diet. If the emperor’s stool was too loose, for example, it could be an indication that he had consumed something with bacteria.

With artificial intelligence sending fecal data to a government database, who knows what kind of information can be compiled?