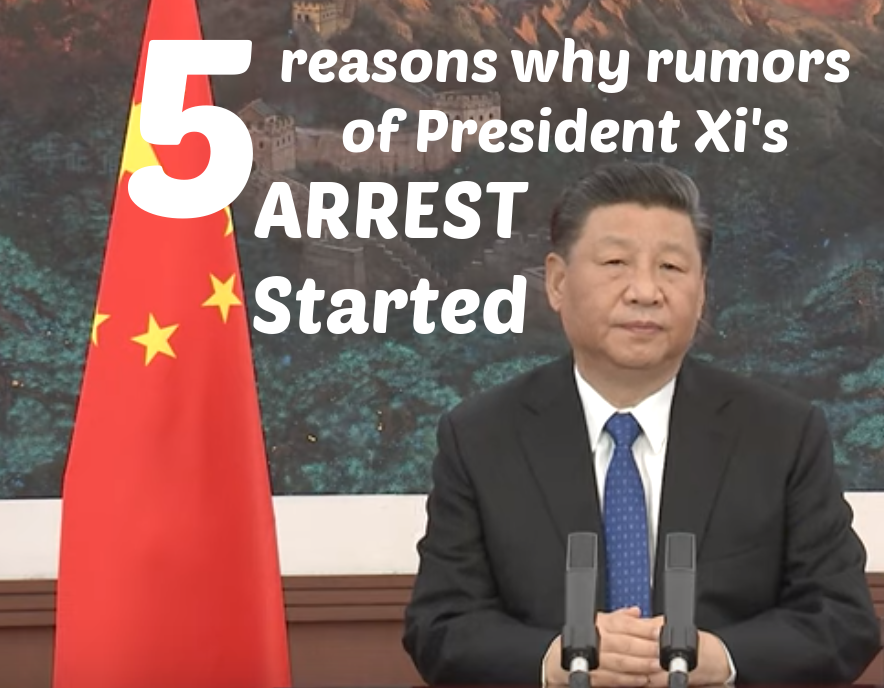 President Xi Jinping made his first public appearance in nearly two weeks, finally squelching the rumors of him being under house arrest.

Numerous rumors rapidly spread online last weekend about President Xi possibly being put on house arrest, but we reported on September 24, “It seems highly unlikely at this point [that President Xi was put on house arrest], but the internet rumors are stirring. Right now, it is mainly India-based news reports that are carrying the details of the story and this comes on the back of high discontent in China.”

The earliest indications we had that the rumors were false came from team members on the ground in Beijing and though the rumors were not true, there are FIVE reasons why the unconfirmed reports still circulated. We will discuss these fully in our next podcast which will be posted soon.

The FIVE primary reasons for why the President Xi rumors persisted are important, because China is going through major changes. These changes are impacting the church in a major way and has already changed how the government is treating unregistered fellowships.

The rumor of President Xi’s arrest catered to the weaknesses rising in China that are simply not being reported. These weaknesses are not highlighted in China’s government-controlled news outlets or in foreign mainstream media.

The FIVE primary reasons that rumors about President Xi persisted and why they point to a bigger problem are:

The bottom line in China is that things are not looking good for the future. Since the government launched a concentrated focus against the house church in China in 2019, things have gone downhill. Throughout history, stable societies and growing economies have always relied on freedom of religion. Even though the rumors about President Xi were not true, the Communist Party of China will enter into a new era of confirming an unopposed leader in a manner that has not happened since the days of Mao Zedong. If President Xi does not want to see China go through the same hardship that it did under Chairman Mao, then perhaps it would be a good idea to once again, open the doors of religious freedom.