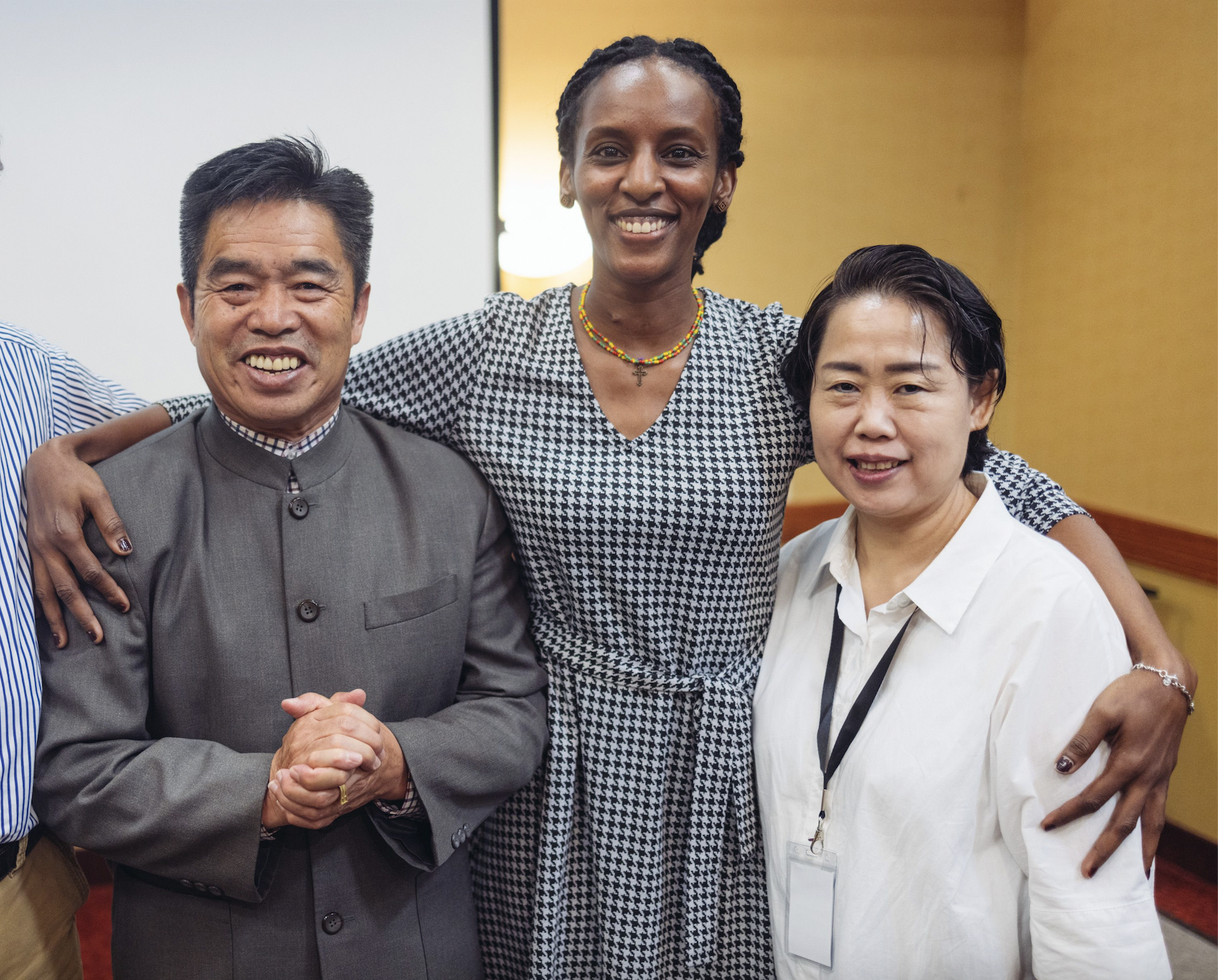 Esther Chang, speaking through a translator, relayed what her thoughts had been as North Korean government officials brought her to a statue of a North Korean leader to bow before it. The Chinese missionary to North Korea and six other Christians from around the world spoke to a group of a few hundred who had gathered near Dallas, Texas, for The Voices of the Persecuted Church Conference, October 22-23.

Back to Jerusalem (BTJ) hosted the conference — something the organization has never done before. BTJ represents the Back to Jerusalem vision of the persecuted church in China to bring the gospel to unreached people between China and Jerusalem and around the world. Naghmeh Panahi, a speaker from Iran, referred to it as a “one time only conference” in a post on Instagram, adding, “There has never been in the history of the persecuted church so many heroes of faith who have come together to encourage the American church.”

Chang told the audience that as she walked in front of the idol, her fear was replaced by anger. People were starving. People laid dead on the ground in the distance. Yet the area around the statue was spotless. It was adorned with trees and imported greenery. No electricity lit the city, but lights shone on the idol. “In the name of Jesus, let this idol be crushed down and destroyed,” she prayed silently.

“But now, as I was in North Korea, I had to repent. If I had been born in this land, would I be any different?”

A leader commanded everyone gathered before the idol to bow to it. Robotically, everyone in the group bowed 90 degrees and walked off. No one noticed she hadn’t bowed. “The idol couldn’t see me either. But I felt like God was building my courage.” She was brought before the idol each time she visited. “I look forward to when Jesus says, ‘Good job my daughter.’”

Chang discussed her work of bringing aid and the gospel to a nation marked by death and idolatry, and now also shining with the light of the gospel. First she served North Korean refugees in China. When she was imprisoned in China, she began to share the gospel with all the prisoners. Each of them came to Jesus. She had a vision and saw “what I’m looking at today,” she said, gesturing to the room: people of various ethnicities before her as she spoke to them. She was soon released from prison and continued her work. Chang discussed how, despite obstacles, through fasting and prayer, God allowed her to travel to work in Saipan, an island owned by the U.S. There she was able to attend church. She fasted and prayed for her family to come to faith, and they did.

When Chang returned to China, the sight was ghastly. “When I would walk along the river, I would see corpses,” she said. North Korean refugees came through her area daily in the mid ’90s. She took them into her home, washed them and fed them. They had filthy hair, full of lice and bugs. They vomited blood on her floor. The women didn’t have on undergarments. She washed and cared for them and picked bugs out of their hair.

God showed Chang that this is what she looked like before Him. A common response of the refugees for washing and feeding them was to demand money from her at knifepoint. Her son’s life was threatened as well. She told God she couldn’t handle it. “But God said to me very clearly, ‘You’re the only one.’” Confused, she went to pray on a mountain top. She told God she would fast until she died. Instead of allowing that, “God called me not just to serve refugees but to go into North Korea.”

Not Only to Serve Refugees, but to Go to North Korea

Chang said she felt like Jonah, fleeing God’s call. “I began to repent before God as I walked into North Korea. I walked by corpses. I saw an old woman who had crouched by a tree and died.” In one village there was one particular man in his 40s. “Everyone knew this man had eaten the daughter of his neighbor.”

Chang kneeled on train tracks and began to cry.

God, I wrestled against your will for my life. If I had listened to you, I would have prayed with these people. They could still be alive. Lord, if you take my life now, would you save these people and this land?

“I still feel the pain of that prayer,” she said. “I felt like God began to rewire my mind.” Many times before in China she had said to the North Korean refugees, “I have loved you. Are you going to threaten me?” “But now, as I was in North Korea, I had to repent. If I had been born in this land, would I be any different?”

Chang said she learned to eat anything — “even the grass the pigs eat. Today my body has paid the result.”

Chang taught her disciples the Bible by the light of an oil lamp at night, under blankets and in graveyards on mountain tops. Many times she was brought before huge idols representing North Korean leaders and ordered to bow, but she quietly refrained. Eventually she was detained by officials. After a week of her arguing with them, God told her to ignore them and pray. She relayed an interaction with an official.

“One of the officials was so scared of me he ended up running away,” she said. God brought her out of detainment.

Once a government official was near death. She gave him 60 Bible verses a day to memorize. He was healed. In disbelief, he went to a Chinese hospital, which confirmed that his medical condition was cured. Now a believer, the official traveled around the country sharing the gospel for five years, after which he was put in prison and died.

[Please Support The Stream: Equipping Christians to Think Clearly About the Political, Economic, and Moral Issues of Our Day.]

“God gave me the chance to see so many people come to God,” Chang said. Despite the difficulties of being a Christian in North Korea, “the Church has exploded. God has done it in His way. … In ways that we can’t even conceive of, God has a way.”

As an example of God at work, she recalled how a North Korean told her that the pig she had given them had given birth to five piglets, all of whom died. “Why are you calling me?” she asked. They said they had seen how God always answered her prayers. So she prayed in the name of Jesus for God to heal the piglets. Ten days later, she heard back from them, “Teacher, all the piglets are alive and healthy.” They had been praying for the piglets daily. “God meets us where we are,” she said.

‘A Land Full of Revival’

“Korea is a land full of revival. It is not a forsaken land, not a cursed land.”

“Would you please join me in praying for North Korea?” Chang asked. “Pray for me and my son that we could serve the Lord Jesus. Pray that God could strengthen my body. We are all praying for the unity of the body in North Korea. … All my disciples are praying and meeting underneath blankets,” she said. She also said that there are many North Korean orphans in China and she has siblings who serve them. Her siblings will remain and serve the Lord faithfully, “no matter what.”

Originally published at The Stream and reprinted with permission.