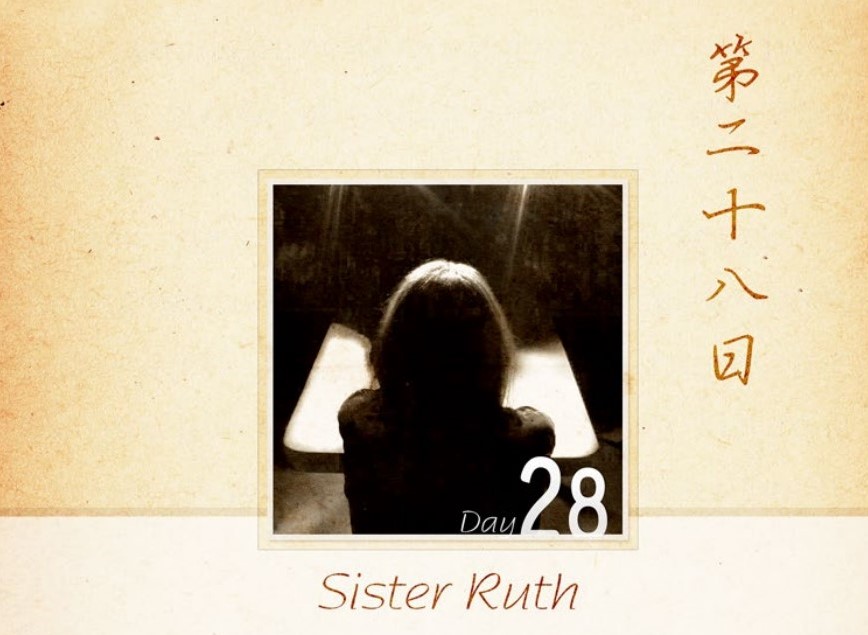 One evening of Ruth’s training was unlike any other. She did not know it, but she was going to be subjected to interrogation by a former US Marine. None of the leaders in China had been told about the specifics of the training for fear that too much prior information might compromise the element of surprise. None of the curriculum materials even alluded to the fact that the students would be put through a surprise interrogation.

With the assistance of former Filipino police officers, Ruth was awakened in the middle of the night and escorted to another building where she was asked to sit in an empty room. Secret cameras were set up to record the entire event. Everyone was prepared for the eventual emotional roller coaster that Ruth was bound to experience. The interrogation officers were told to go easy with Ruth, since her general appearance and demeanor indicated fragility, but no one could have expected what happened next.

Ruth was brought into the interrogation room and shown to a chair in the middle of the room where she was told to sit. As soon as she spotted the cameras facing the empty chair, she turned and walked over to the interrogator’s chair. “No, please ma’am, sit here,” indicated the officer, showing her where she needed to sit for adequate filming. “No, I am fine,” she said as she stood up and led the interrogator by the hand to sit in the empty seat instead. No matter how hard the interrogator tried, he was not able to convince Ruth to sit where she was supposed to sit. Ruth did not know it, but her fellow classmate had just been interrogated in the same manner. He was a strong guy, but did exactly as he was told.

The interrogators quickly took on the roles of “good cop” and “bad cop” to get Ruth to talk. She was asked questions about the Back to Jerusalem vision and the nature of her underground House church work. Every five minutes one of the officers would leave the room and be handed a new piece of paper or incriminating photo with the next line of questions. The questioning eventually became progressively more informed and more intrusive.

As the night turned to dawn, it became clear that the interrogation was not going as was expected. Ruth was not in tears. Instead, it was the interrogators who were dismayed. When she was told to relax and was informed that everything that she had just experienced was only for training purposes, she breathed a huge sigh of relief. So did the interrogators. “You can use the toilet now,” said one of the trainers. “I don’t have to use the toilet,” she said softly. “I just made that up so that I could make a run for it.”