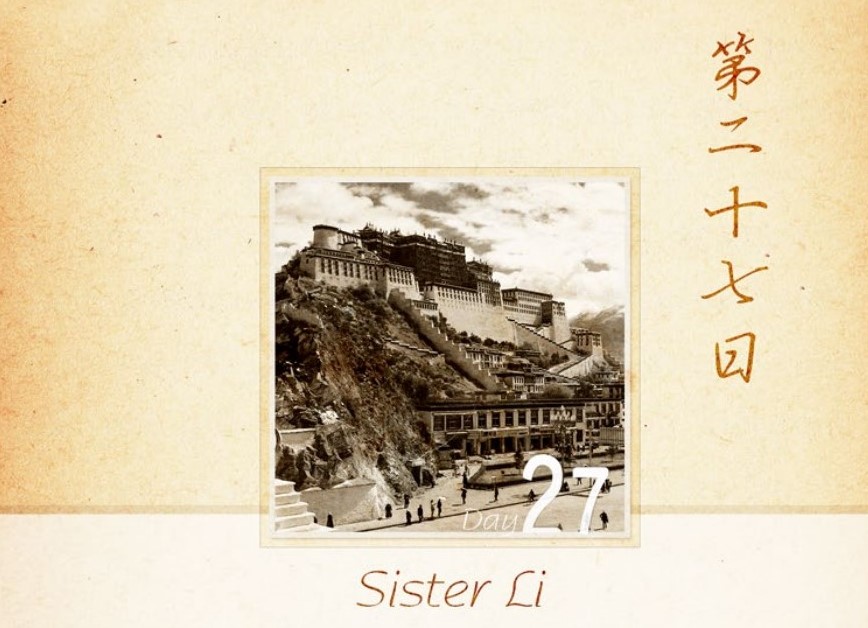 Sister Li is a Chinese Back to Jerusalem missionary. One morning when she was praying, the Holy Spirit came upon her and told her clearly, “My daughter, I want you to go to Tibet.” Upon hearing the command, Sister Li became frightened. “God,” she began to pray. “I know that you are telling me to go to Tibet, but I was only married three weeks ago. I am willing to serve you here in Shenyang, but I CANNOT go to Tibet.”

For the next three weeks, Sister Li was disturbed during her prayer time. She was in toil with the command that God had given to her. One day Sister Li decided to make a deal with God. She told God that she would first introduce the idea to her husband and let him help her make her decision. When she approached her husband, he immediately refused to go. “The Tibetans hate us Han Chinese,” he yelled. “There is no way I am going to Tibet. If you go, then you will go alone. There is no future for our marriage if you leave for Tibet.”

Sister Li felt that the matter was settled, but again she heard God tell her to go to Tibet and preach the Gospel. One morning after prayer she pulled out a pen and paper and wrote one of the most heartbreaking letters that she had ever written. In the letter she tearfully told her husband that she had to go to Tibet. She would speedily complete the task that God had given to her and quickly return to him again. Once she finished the letter, she bought a ticket on the next train to Lhasa.

Once she arrived in Lhasa, she realized that she didn’t have a clue what she was supposed to do. “Well… God… I am here. What now?” As she was praying, she walked by a pile of what seemed to be burlap blankets. At the bottom of the blankets she saw a hand that was reaching out, begging for money. As Sister Li walked by, God told her to turn around and to go give the person under the blankets a hug. As the person began to emerge from the coverings, Sister Li was surprised to see a young lady who was severely disfigured. Her face and arms had been eaten away by leprosy.

The woman was deeply ashamed of her appearance and astounded that someone would want to hug her. Four years prior, the woman had been forced out of her village. She traveled to Lhasa to find food. She came into the city at night so that no one would know that she had leprosy and covered her entire body as she begged for money. Now she stood there on the street, hugging Sister Li. Her open sores and raw disfigured flesh were exposed for everyone to see.

Sister Li asked her to come and live with her, and soon found a place for the two of them to live. Every day she fed her patient, applied ointment to her sores, and prayed with her. A few weeks later, as the woman was waking up in the morning, she suddenly screamed out. “I am healed! I am healed!” There were no signs of the woman’s leprosy! She had been completely healed and believed that Jesus had healed her. She wanted to return immediately to the village that had forced her out four years ago.

Sister Li traveled with her to the small village, and as they arrived there, the people came out of their homes and were amazed that there were no signs of leprosy on the woman at all. Together Sister Li and the woman shared about the wonderful things that Jesus had done and on that first day, 22 people in a rural village in Tibet gave their lives to Christ.