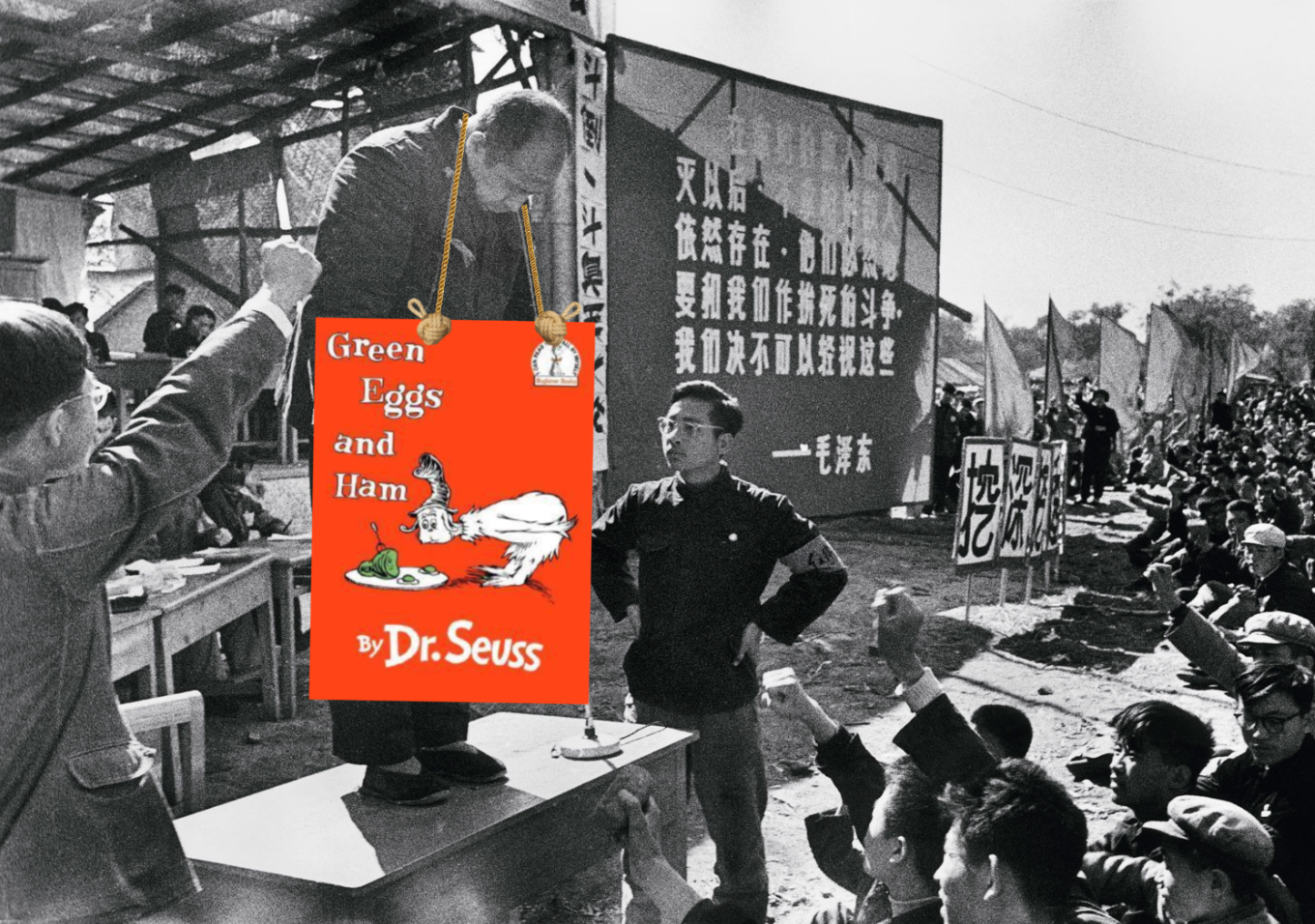 Dr. Seuss books have been the subject of fiery debate in the US since the US President removed mention of them from Read Across America Day last week, but this is not the first time there have been problems with the seemingly innocent children’s books.

China saw Dr. Seuss books as a direct threat to the Communist Party and banned them in 1965.

Green Eggs and Ham was originally published in 1960 and was interpreted as being anti-Communist. To be fair, the author, Theodor Seuss Geisel, was a German-American who worked for the US Army during WWII, producing hundreds of political cartoons in support of the allied war effort. Theodor, a graduate of Dartmouth college, was caught drinking alcohol in his room during the prohibition and was banned from writing for the school newspaper. So, he adopted the pen-name Seuss (his middle name) to secretly continue writing for the school newspaper during the ban.

China knew that Dr. Seuss knew how to communicate ideas with imagery and, in their mind, Green Eggs and Ham was full of anti-Communist imagery. Before anyone even opened the book, the cover was completely red – the color of the Communist Revolution, and the eggs and ham were green – the color of capitalism.

It was not just the color scheme that spooked the Chinese Communist Party, but they saw a darker meaning behind the cartoon’ish characters and happy words.

In 1965, when China banned Dr. Seuss books, it was the height of Mao Zedong’s rule. Like every Communist country in the world, the Chinese were forced to accept Communism by a militarized regime. Chinese schools and universities were forced to teach that capitalism was so bad, it could not even be considered an option for people to discuss in public. The Communist Party needed to protect the Chinese from the evils of capitalism.

In this way, China saw the entire story of Sam-I-Am (the protagonist) chasing the unnamed Communist and trying to persuade him to have a taste of capitalism. Sam-I-Am of course stood to resemble the United States – often referred to as Uncle Sam. At one point in the book, there is a moment when the unnamed character becomes extremely angry at the unrelenting offer of green eggs and ham, highlighting the closed-mindedness and unwavering belief that green eggs and ham are bad, even though they had never been tried.

China eventually lifted the ban after both Dr. Seuss and Chairman Mao died, but many Communist Party members still see the Dr. Seuss books as a direct threat to the ideas of centralized decision making. This essentially removes the freedom of citizens to have choice – even if that choice is to eat green eggs and ham.