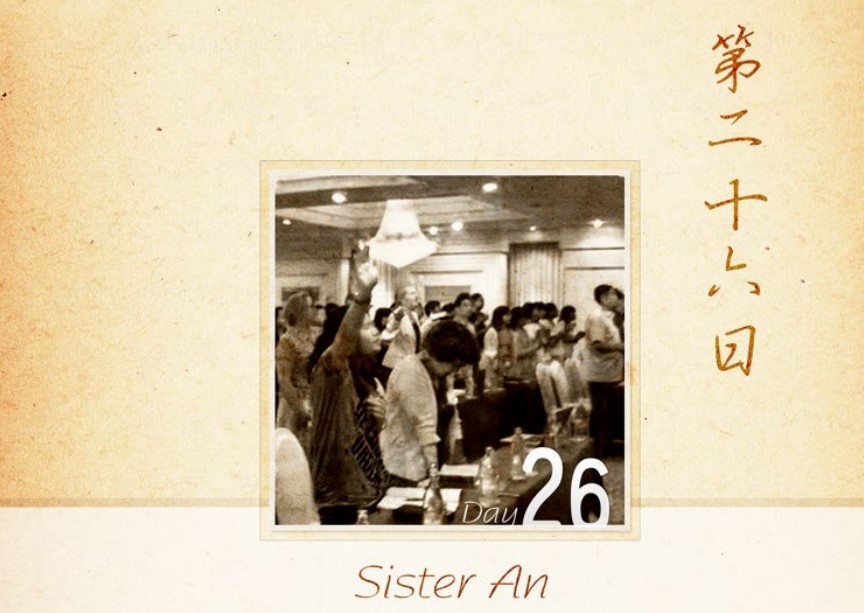 Sister An is serving as one of the main trainers for Back to Jerusalem’s Dove Project. The Dove Project has been used to train more than 250,000 Sunday School teacher-trainers in China, Vietnam, India, Egypt, Pakistan, Ethiopia, Slovakia, Finland, Sweden, and Norway.

An is from Henan Province where Norwegian missionary Marie Monsen spent most of her time ministering in the early 1900s. The Chinese feel indebted to Marie Monsen and therefore felt a strong desire to send Chinese Back to Jerusalem missionaries to minister in Norway.

Sister An’s leadership knew that she had a strong desire to serve as a missionary, and she was their first choice for this task. An was accustomed to the Chinese House church way in which her pastor, like most pastors in the House church, chooses where she will live, where she will serve, how much money she will make, and even whom she will marry. Western minds understand the calling of God to be something very much more personal, but the majority of House church missionaries working with Back to Jerusalem submit to their leadership and wait to be sent out by their church to the most needy areas.

“I really had a desire to go somewhere to serve the poor,” An explains. “I didn’t know where that would be. I really thought that I would end up somewhere in Africa. When my leadership told me that it was time to go, I was put on an airplane and sent out. No one told me where I was going and what I would be doing.”

In China it is very common for missionaries to be sent out to other countries without actually being told where their final destination will be. Because of security concerns in China, clear and concise communication is a risk that many church leaders are not willing to take. This lack of information requires a level of discipline and devotion from Chinese missionaries that is rarely seen around the world.

“I didn’t know where Norway was. I had never flown internationally before and didn’t know what I would be doing, who I would be connecting with, or even how I was going to catch my connecting flight. I had a boyfriend in China whom I really did not want to leave. When I was told that I was being sent out as a missionary in another country, I felt the pain of saying goodbye, but knew that I must obey and carry out the mission of the Lord.

I traveled to Norway and lived there for about two years, serving as a missionary. The time of adjustment was not easy, but God brought me through. When I arrived back in China, I heard that my boyfriend had married and was no longer attending church. God knew what I needed more than I did.”

An continues to travel around the world training Sunday School teachers. Her personal testimony of how she was rejected by her family for accepting Jesus Christ is moving and emotional. Her devotion is exemplary, even among the Chinese.