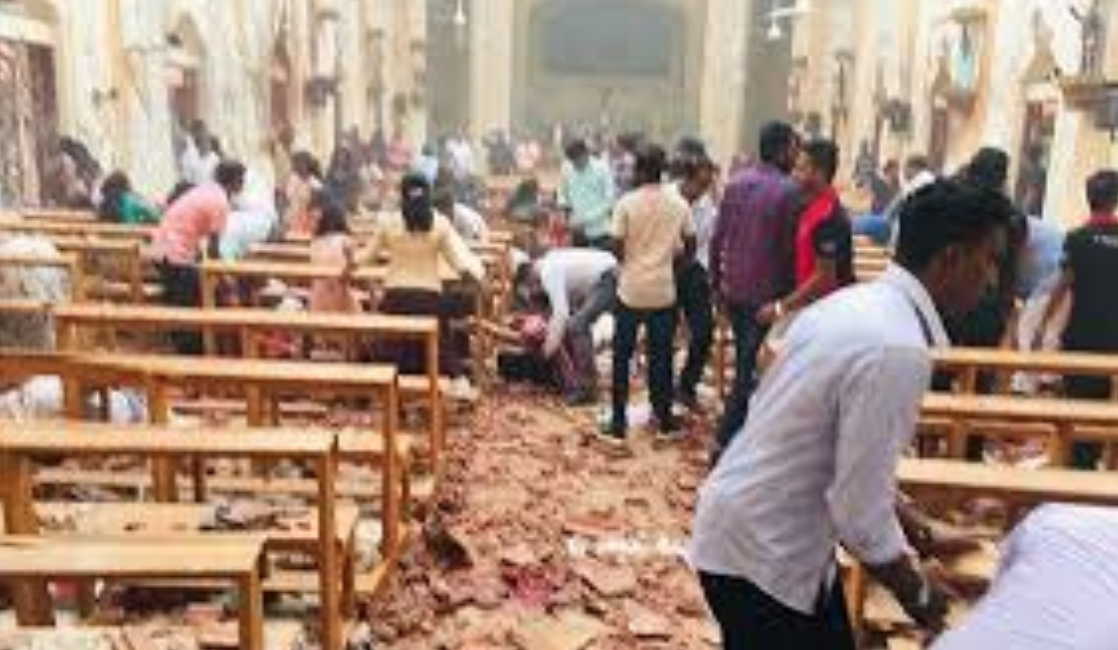 Suicide bombers in at least seven locations simultaneously attacked Christians and killed almost 200 people and hurt more than 400 in Easter Sunday bombings in Sri Lanka. Among those dead are Americans, British and Dutch among the dead in seven blasts at churches and hotels.

The first blasts were reported at St Anthony’s Church in Colombo and St Sebastian’s in the town of Negombo just outside the capital, with another reported at Zion Church in the eastern town of Batticaloa.

The explosion ripped off the roof and knocked out doors and windows at St. Sebastian’s, where people carried the wounded away from blood-stained pews, local TV footage showed.

Police immediately sealed off the areas. No one has claimed responsibility for the latest blasts, but reports from the local police last week warned that a Muslim group known as NTJ (National Thowheeth Jama’ath) was planning to attack churches on Easter.

Sri Lanka is a Buddhist nation where it is known that Christians are persecuted by the local law enforcement as well as the population. In a statement last year before the UN Human Rights Council, the World Evangelical Alliance called on the government of Sri Lanka “to repeal legislation and jurisprudence that violate religious freedom”.

In August of last year, the Sri Lankan Supreme Court confirmed that the right “to propagate” one’s religion is not protected by the Constitution, which gives Buddhism the “foremost place” among all other religions and places it under state protection. It was quoted that “To be Sri Lankan is to be Buddhist.” (https://www.worldwatchmonitor.org/coe/sri-lanka-sharp-increase-in-violence-against-christians/)

Sri Lanka saw a huge increase of persecution against Christians last year as did other nations like China and Iran.

The Resurrection message this Easter for Christians around the world could not be more clear – “If the world hates you, keep in mind that it hated me first. If you belonged to the world, it would love you as its own. As it is, you do not belong to the world, but I have chosen you out of the world. That is why the world hates you. Remember what I told you: ‘A servant is not greater than his master.’If they persecuted me, they will persecute you also.” – John 15:18-20a

Hundreds of Christians have already been killed for their faith this year – more than any other faith on earth.  Our prayers are with them.