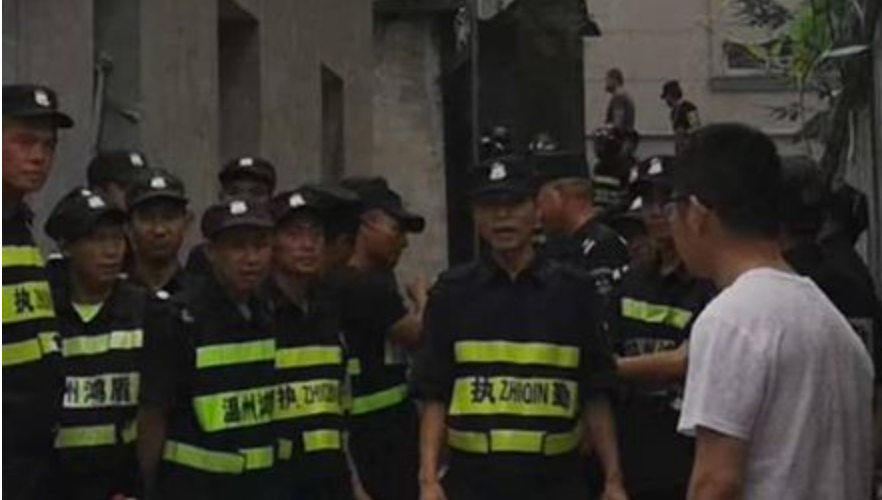 Christians in China are predicting a second wave of cross-destruction, as Zhejiang began pulling down crosses from official church buildings this morning.

According to an online Facebook group known as the Chinese Christian Fellowship of Righteousness, at 5 AM this morning the noise of demolition vehicles could be heard rolling down the streets. Several Christians jumped out of bed and rushed to the church, but were quickly met with police resistance.

All entrances to the church had been blocked by the police or had been barricaded shut. The government of Yongjia in Zhejiang Province had called for crosses on two churches – Aodi Christian Church and Silver Court Christian Church – to be pulled down and destroyed.

For the past two years, China has been destroying crosses on the top of buildings. The government reasoning has always been that the crosses did not have approved construction permits and presented a hazard to society.

Aodi Christian Chruch and Silver Court Christian Church, however, disprove that argument as they are both official churches with construction permits for their structures – including the crosses.

These events are pushing more believers to join the unofficial underground house churches, leading to explosive growth to an already thriving revival.