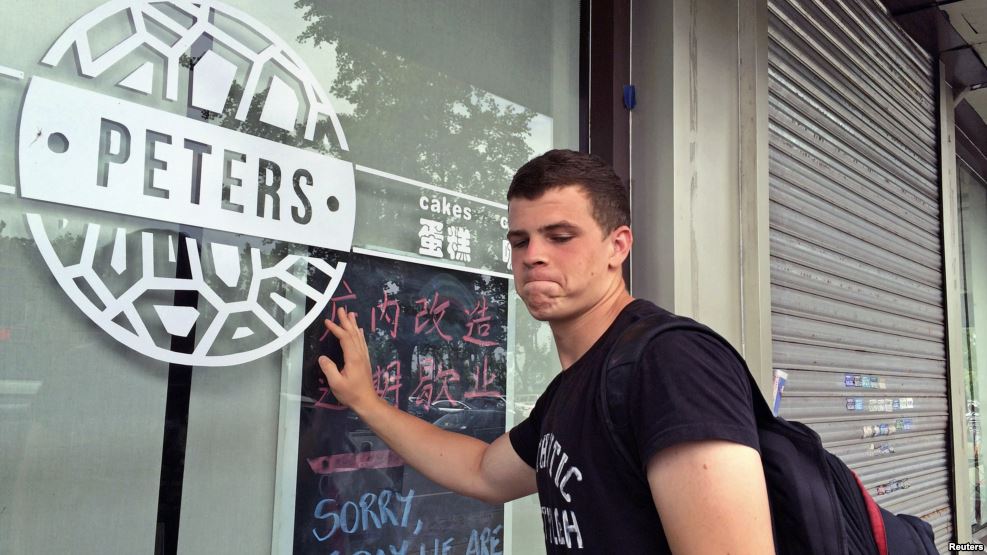 All foreign Christians working in China and North Korea know that there is a chance their work will get them in trouble with authorities, no matter how hard they try to benefit their adopted country. But it is not always the work that leads to trouble. As foreigners, they can become unwilling actors in high level political games. This was the experience of Kevin and Julia Garratt, who had been involved in aid work in China and later in North Korea for thirty years. As well as running several aid projects, the couple ran a coffee shop in the Chinese city of Dandong, on the river which forms the Southern part of the border with North Korea. The coffee shop was frequented by many foreigners and some high officials paid a visit. Looking back, that might be what draw the attention of the Chinese authorities. But it is thought that what got them into trouble was not anything related to their work. It was likely the arrest and extradition to the US of a Chinese man arrested in Canada on charges of espionage, that prompted the Chinese government to arrest the Garratts in retribution.

The couple was whisked away in separate cars one night by men that could not be identified as police. They did not know why and by whom they were arrested and where they were being taken. Later they found out they were being charged with espionage.

It is true that they had been contacted by the Canadian spy agency, but this was to check that the Garratts were not importing goods into North Korea which were sanctioned. They were not. However, the espionage charges were completely fabricated and could not be proven. Still, Julia was kept locked up for months, after which she was placed under house arrest and subsequently released on bail and allowed to return to Canada, six months after the arrest. Kevin was put in jail, where he remained for two years. After sustained efforts from high-level Canadian diplomats, he was finally deported three months ago. Even the head of the Canadian spy agency had to go to Beijing to assure his Chinese counterparts that Kevin was not working for them.

In the end, it was the strengthening of economic ties between Canada and China that made the release of Kevin Garratt both possible and necessary, as to remove barriers for further cooperation. Recently, the Garratts have spoken out about what happened to them. Although Kevin was deported, he was also found guilty of espionage. They had to pay a high fine and the Chinese government confiscated all their property, including their savings. Making their home in Canada, after so many years in China is not easy. They have no house yet and stay with Christian friends.

It also pains them to think of the orphans and other vulnerable people that were receiving aid through their projects and who suffered because of their arrest. The aid work had to be discontinued.

As for the time behind bars, they testify of the grace of God helping them through this difficult period, thankful for all the prayers and efforts made on their behalf. And they have no bitterness towards China. Even though they suffered abuse at the hands of the system, they still love China and the Chinese people. It may seem like the Garratts got caught up in a dirty political game. But ultimately God has and will use this for his glory. Meanwhile, we can pray for healing for them and their family and for God’s mercy on the people they had to leave behind.