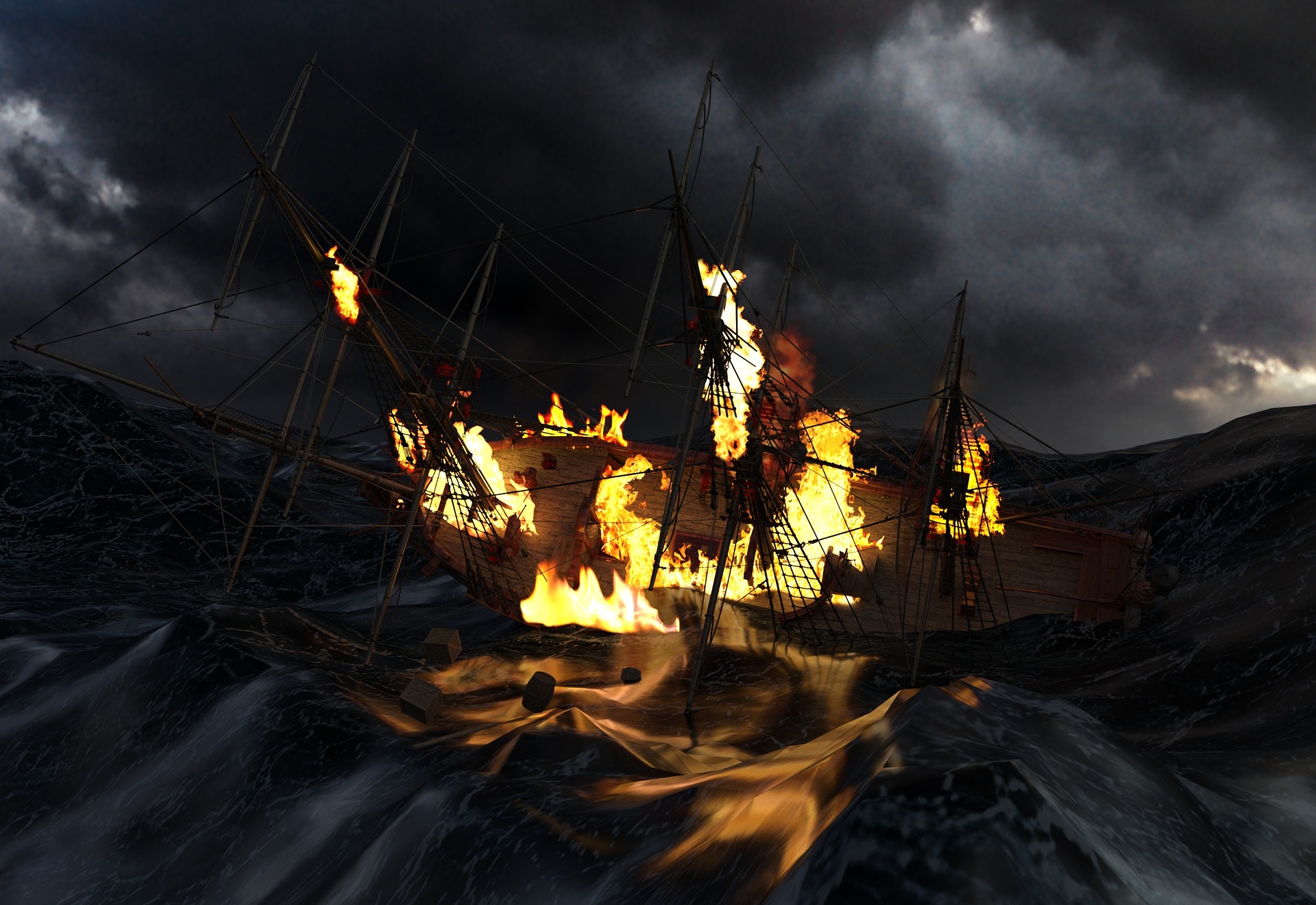 “When your army has crossed the border, you should burn your boats and bridges, in order to make it clear to everybody that you have no hankering after home.”
― Sun Tzu, The Art of War

Throughout history, military commanders have successfully used Sun Tzu’s “burned ships strategy” to implement a dedication to victory that we might not be as familiar with today.

In 1519 for instance, Cortés burned his ships after he had arrived in the New World with six hundred men. Upon their arrival, Cortés was able to make history by destroying all of the ships. This sent a clear message to his men: there is no turning back. Regardless of the motives of Cortés, two years later, he succeeded in his conquest of the Aztec empire.

In light of Sun Tzu’s ageless advice, consider that Jesus taught us that we need to leave everything behind to serve Him.

Jesus’ singular focus on the Great Commission could be compared to the “burned ships strategy” of leadership, where the military commander burns the transport ships after using them to reinforce that there is no path of retreat. Could it be that Jesus used this technique, but with a more advantageous twist that we fail to grasp?

As we support the vision of Back to Jerusalem, there are people being sent out to unknown and potentially deadly areas and there is no turning back; God will supply.

God knows how to build His kingdom and we are amazed that He allows us to be a part of that. He assures us that He will never leave us or forsake us. Every day, BTJ missionaries are arriving in closed nations with no way of retreat. They do not have tickets to return home to China. They do not have second homes waiting for them or parachute retirement plans to place their hope in. They only have the desire to reach the unreached until they die.

What can we learn from them?

This year, in Texas, BTJ is holding a meeting for those who have suffered and survived. They are victoriously sold out for God and He has blessed us with their knowledge and encouragement. Come let us learn from one another, for just as iron sharpens iron, so does one believer sharpen another believer. Let’s learn from those who have chosen to follow God and are not looking back.