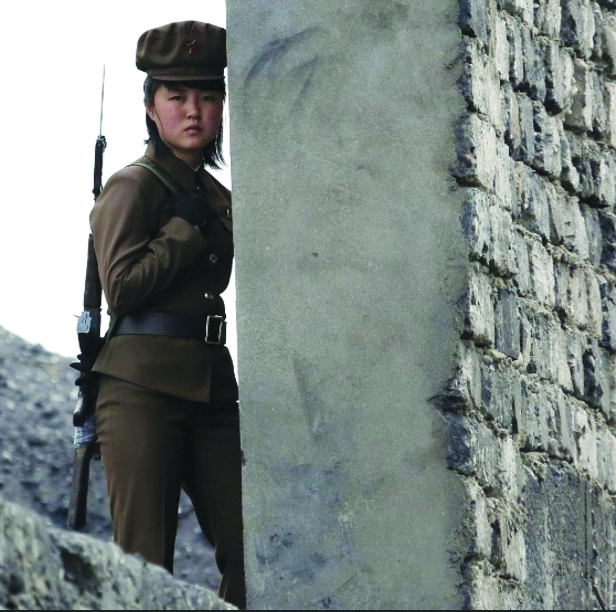 North Korea is a spiritually dark and deprived nation that is closed to the Gospel, but that has not stopped BTJ missionaries from working there for more than ten years. After ten years of experience, one would think that things would get easier, but they have not. Our partners have been shot, arrested, interrogated, imprisoned, kicked out of the country, and hunted by government-hired mercenaries.

Many of the foreign missionaries who used to work in North Korea have been either kicked out or detained and the situation does not seem to be getting any better. However, the need inside of North Korea has never been greater.

There are strong indicators that the church inside continues to quietly grow. The need for Bibles has not decreased just because the number of western missionaries has decreased. In fact, the opposite is true. There is a desperate need for Bibles like never before.

This year, BTJ is going to deliver at least 2,000 Bibles inside of North Korea. That might not seem like a large number compared to the numbers that BTJ regularly delivers inside China, but everyone of these Bibles in North Korea are delivered hand-to-hand.

These Bibles are not sent by balloons or left in secret locations for random North Koreans to ‘eventually’ find. Instead, the BTJ missionaries are slowly taking them across the borders using methods that cannot be explained in detail for security reasons.

BTJ’s partner has developed a secret electronic Bible unit that has never been seen before. The secret Bible unit has been specifically designed for North Korea. Since it is well known that North Koreans can be executed if they are found with a Bible, then it is important to deliver Bibles that can be easily concealed.

Several years ago, BTJ produced large numbers of audio Bibles as well as video Bibles, but challenges arrived when other ministries in the area saw the impressive impact and began to do the same thing. Once large numbers of audio Bibles and video Bibles began arriving in North Korea, the government alerted their border guards and the majority of the units going in were eventually stopped.

The other challenge of course was that the audio Bibles and video Bibles needed power supplies to recharge the batteries. It was proposed that a mounted solar panel be used to recharge the battery, but that is not practical for two primary reasons — 1. Charing a unit outside in the sunshine creates a target indicator. This can be extremely dangerous. 2. The real (not the imagined) problem of a solar unit charger is that a large solar unit is needed to adequately charge the unit.

So, BTJ now has a special unit that is a small size e-reader that has been specifically designed for North Korea. A special program is used that consumes very little energy and allows the unit to make the Bible available for reading for up to 5-7 years without changing the battery or charging it!

As incredible as that sounds, the BTJ e-bible reader can be used for 5-7 years without changing the battery or recharging it.

These units make it possible for Chinese missionaries to get Bibles to the North Koreans that they can use for the next 5-7 years without compromising their safety. These units are secretly locked so that a person who does not have a code will not be able to see the Bible and would not even recognize it as an e-reader. They would see it as something different.

The Back to Jerusalem missionaries in North Korea continue to see great success, like this one missionary reported:

“I have been working with several other young ladies my age every day inside North Korea. I feel so privileged to be inside and to be able to work with the people there. They are so poor and beaten down. Many of them seem to lack any more emotion. I know that Jesus loves them and I want so badly to tell them, but I have to be careful because I know that it is not allowed.

One day there was a young lady that I became friends with who was interested in my life in China and the story of my life. We often find ourselves talking for hours at a time about random things. On this occasion though,

I really felt the need to share with her about Jesus and what He has done for me and my life.

This was the first time that she had ever heard about Christ and I could see that she was just completely amazed about who Jesus was. She didn’t understand the concept of God becoming man and giving His life for the sins of man so that we could be saved from damnation, so I started out slowly about my own personal experiences and how God often heard my prayers and blessed me.

I told her about the saving power of Jesus Christ and asked her if she would like to follow Jesus and she said that she did. She saw the power of God firsthand and knew that He listened to our prayers and answered them. I took her by the hand and prayed with her and she became a Christian. Others were present and were watching us as we prayed together.

Two other young ladies who were watching as I prayed with this sister became interested in who Jesus was, so I told them. I introduced them to the story of Jesus and the Bible. They are so hungry! They can’t consume enough information! I am handing them everything that I can to teach them more.

I just thank God for being so faithful to His word and answering the prayers of very simple people who are poor and in daily need for the basic things of daily life.”

There are several more testimonies that continue to come in from the field. The Chinese missionaries are doing amazing work, but they still need your support.

All donations of $100 or more to North Korean Bibles Project will receive a free e-book about the church in North Korea. You must provide a email address in order to get the link.

Please consider helping provide Bibles for the new Christians in North Korea by going to: